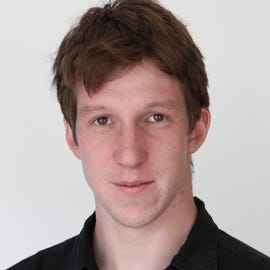 Jack Clark has spent the past three years writing about the technical and economic principles that are driving the shift to cloud computing. He's visited data centers on two continents, quizzed senior engineers from Google, Intel and Facebo…ok on the technologies they work on and read more technical papers than you care to name on topics from distributed computing to the ongoing debate over homogenous versus heterogeneous computing architectures. His articles have been quoted by Reuters, highlighted by The Guardian newspaper and syndicated across ZDNet and CNET.

IBM looks to the stars with SKA research partnership

IBM has entered into a five-year research collaboration to develop technology to help scientists study data generated by a radio telescope with a collection area as wide as the US.The €32.

Google on Wednesday announced that Gmail users are going to receive the option to turn the mail service's threaded conversational view off.Gmail currently amalgamates all the replies to a message into one single thread, which it calls a Conversation View.

A variety of popular applications for the Android mobile operating system have been found to reveal user data to advertisers, it was announced on Wednesday.The study, conducted by Intel Labs, Penn State and Duke University, used an application developed for the project named TaintDroid to analyse how private user information was obtained and released by apps downloaded to the Android phones.

Amazon Web Services has made it possible for developers to run Windows Server 2008 R2 on its cloud for free.The offer, announced on Sunday, brings Windows to the company's free usage tier deal, which gives people access to a low-powered Amazon Web Services (AWS) virtual machine.

The Document Foundation has made a release candidate of LibreOffice 3.5 available for download.

A court has thrown out Oracle's claim that HP was fraudulent in its dealings with the company over Itanium and the hiring of ex-CEO Mark Hurd's replacements. HP argued that the ruling undermines Oracle's defence.

China cracks down on phishers

The Chinese government is collaborating with some of China's biggest search engines to put a halt to phishing attacks.The government will work with 10 Chinese search engines, including Baidu, to strengthen the web rankings of financial institutions to stop people being phished, the Ministry of Public Security announced on Friday.

Even though Nokia is phasing out the Symbian mobile operating system in favour of Microsoft's Windows Phone 7, the software grew its share of all mobile phones in 2011.The OS started the year with a 30.