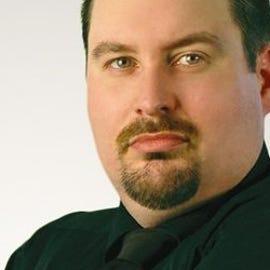 Not a single post I make about Ubuntu goes by without at least one of you making some comment about my distro of choice and suggesting that I try some other distro. Well, never let it be said that I don't listen to you - so this week I decided to take openSUSE 11.0 for a spin.

I like finding risk-free ways to try out Linux distros because I can show them to folks who are curious about Linux but not yet ready to throw the Windows discs into the trash can. One way to try Linux while keeping your Windows installation intact is to use Portable Ubuntu.

Take a look at the latest alpha release of Ubuntu 8.04, codenamed "Hardy Heron"

February 4, 2008 by Adrian Kingsley-Hughes in Linux

After spending a few years concentrating on stability, performance and compatibility, Ubuntu is now set for an image makeover.

March 3, 2010 by Adrian Kingsley-Hughes in Linux

Installing Ubuntu 7.10 is a snap, as you'll see in this gallery!

October 24, 2007 by Adrian Kingsley-Hughes in Linux

The first in a series of galleries/posts taking a look at the new Ubuntu release.

October 24, 2007 by Adrian Kingsley-Hughes in Linux

A look at the TurboLinux Wizpy PMP

June 1, 2007 by Adrian Kingsley-Hughes in Linux