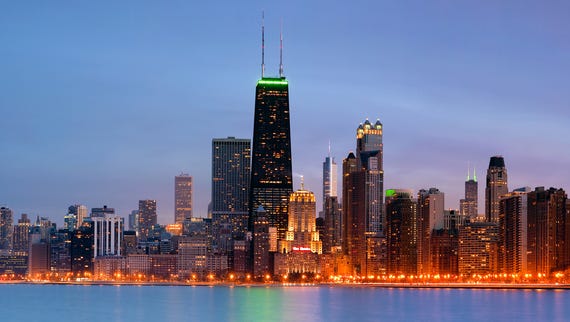 US mayors agree smart tech is key for pandemic recovery. But there’s a problem
Watch Now

Regardless of where in the country you live, the role of city mayors has never been more in the spotlight. As national politicians flounder, much of the task of leading American cities through the greatest public health and social justice crises in more than a generation falls to them.

And yet, mayors will have fewer resources at their disposal with which to meet these challenges than any time in recent memory. That's according to a new survey from Siemens U.S.A. and the U.S. Conference of Mayors, which took the pulse of the people in charge of U.S. cities in one of the most turbulent and divided moments in the country's history. The survey was carried out by The Harris Poll at the end of August among 124 mayors of U.S. cities with a population size of 30,000 or more.

The results paint a strikingly unified experience for a country wrestling with deep ideological divisions. A full 94% of mayors surveyed believe they are under more pressure now than ever before. Almost all (98%) expect their operating budgets to decline over the next year and beyond.

That's a staggering figure. At a moment when the challenges have never been greater, operating capital to enact programs to help get kids back in classrooms safely, to support struggling businesses and work-from-home capabilities with a robust technology infrastructure, and to get floundering economies back on track is shrinking. Being mayor right now is not a job for the faint of heart.

The question is, where should available funds be channeled? Different cities have different needs. In Los Angeles, where I live, a harrowing homelessness crisis is demanding inventive stopgaps, such as utilizing unused hotel room capacity to house people experiencing homelessness. But technology is clearly foremost on city leaders' minds across the country. Of those surveyed, the immediate top investment priorities for economic recovery are investing in infrastructure to generate jobs and economic growth (69%), followed closely by expanding delivery of virtual/online city services (63%). In many ways the two things are intimately connected: Spurring economic growth through city initiatives can't occur without a robust infrastructure allowing businesses and individuals to access city resources.

While much of the work happening now falls into the category of triage, one bright spot may be in the impetus the crises of 2020 have given to creating a technologically-enabled workforce of the future. A full 57% of mayoral respondents cited creating jobs for the "workforce of the future" as a longterm goal.

All of this is leading to action. For example, as compared to the beginning of the year, 90% of mayors have accelerated expanding delivery of virtual/online city services. Some 68% have accelerated the deployment of smart technology citywide to enhance public health and safety, including through testing and contract tracing programs.

"The vast majority of mayors (84%) agree that as people continue to work remotely," according to the survey. "It is more important to dedicate financial resources to technology (e.g., 5G, universal WiFi) rather than to commercial buildings. Still, more than 9 in 10 mayors agree that investment in technology to reimagine, rework, change, or adapt how commercial buildings are being used is necessary for the future of their city (97%) and that investment in buildings/facilities is still necessary for their city despite some tasks being conducted online during the COVID-19 pandemic (94%)."

In other words, while this is a time of crisis, it's also a time of innovation.

This year has changed our notions of what's normal. Hopefully not all of that change will be for the worse.