How many tweets does it take to send Christmas wishes? The Microsoft Twitter stream for the Saks 5th Avenue window display is up to 298,000 messages.
Written by Simon Bisson, Contributor and  Mary Branscombe, Contributor on Dec. 21, 2009

How many tweets does it take to send Christmas wishes? The Microsoft Twitter stream for the Saks 5th Avenue window display is up to 298,000 messages. That's nothing compared to the number of people who will wander past the Windows-7-powered windows that tell the story of Twinkle, Twinkle Little Flake: there was a queue at lunchtime stretching around the corner and on a Friday night with the 50 LED snowflakes on the storefront flashing on and off to the accompaniment of Christmas tune,s the sidewalk was packed the length of the store.

The windows tell the story of a snowflake sucked into a jet engine, flown around the world and blown out over New York; she likes it so much, she decides to stay. 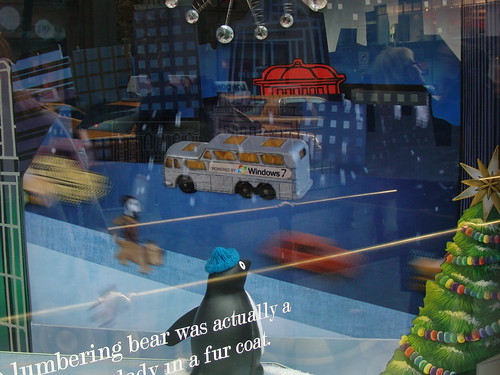 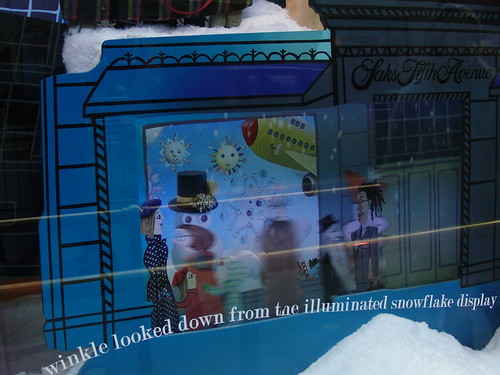 The windows are a mix of models, backdrops, skating penguins on ice, snowflakes circling the windows - and Windows-7-powered screens adding animations and the soundtrack. 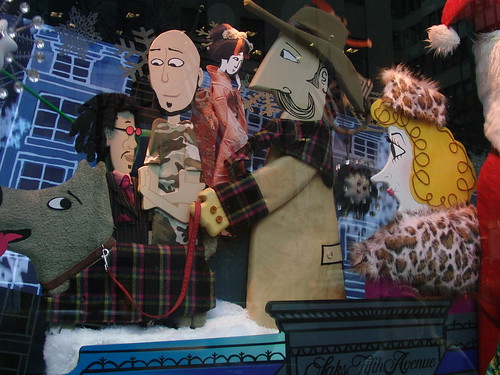 The style of animation on screen matches the models and it's often hard to tell if you’re looking at a painting or a screen until something moves. You have to look hard to count all 20 HD monitors (a combination of 52”, 42”, 36” and 32” displays) because they're part of the display and perhaps most impressively, this isn't some custom embedded fault-tolerant server. Microsoft told us "PCs powering the Saks Fifth Avenue holiday window displays are the  ASUS UL20A-A1 12.1" Notebook PC and the Acer Computer Aspire Timeline AS1810TZ-4013 11.6" Notebook PC. "

Using PCs was more flexible than the way they'd done things before, Carla Dunham from Saks told us, because the audio track just keeps playing as people walk in front of the windows; "Before we'd have needed to wait for the window to reset before the next people could watch it".

There's some Windows 7 branding, but it's subtle; Janelle Poole from the Windows team told us it was about "bringing that magic of the season to life" and "helping to share the magic of the holidays in ways that showcase the power of what Windows 7 can do". 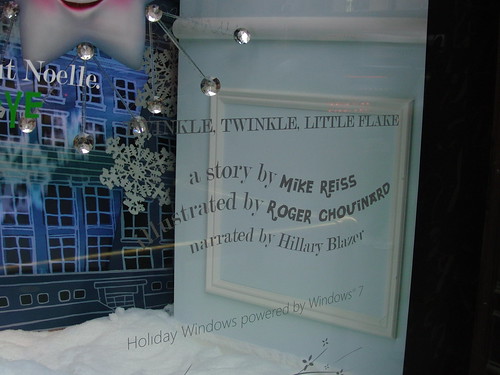 Turn around the corner onto 50th Street and there are windows with mannequins and more obvious screens (and branding) showing the stream of Twitter messages from the "I'm a PC and here's my holiday wish" #holidaywindows campaign. 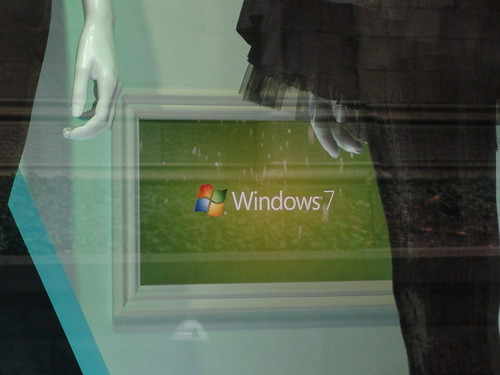 "The holidays are all about celebrating the simple things that make the holiday season special and sharing good wishes and good cheer," Janelle Poole told us, and that's what the tweets are for. 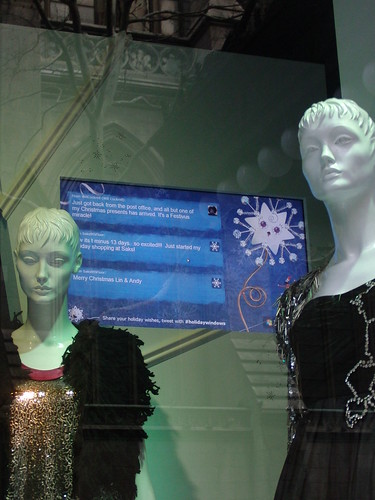 Yes, they've been filtered to make sure they're appropriate (meaning shoppers aren't subjected to Mac/PC flamewars or random abuse), so it can take up to half an hour for your message to show up - long enough for you to send the message from the PCs upstairs, do a little Christmas shopping and come outside to look for it.

If you can't make it to New York, you can get a flavour of the windows with the Twinkle Themepack download. Will that make you feel like a fashionista? With 50,000 downloads so far, it's not quite an exclusive but one of the reasons Microsoft worked with Saks, Poole told us, is that while "it seems like fashion and technology are an unusual marriage they are both very hot items for the holidays. We think consumers are looking for personal technology that's personal; much like fashion statement they want it to be as unique as they are."

Windows 7 themes do make it much easier to Bling up your PC (or Bing it up; the Bing images make fantastic desktop backgrounds and you can get those as well as Dogs in Winter and Avatar pictures). You don't really appreciate quite how impressive the standard Windows 7 backgrounds are until you see them printed out on canvas or woven up as a rug: some of the Character scenes are photographs of incredibly complex models that would be at home in a Wallace and Grommit episode. You can get a good look because the two Windows 7 lounges in Saks are decorated with Windows 7 as well as with designer chairs and mirrors - and a range of laptops to let people try it out. 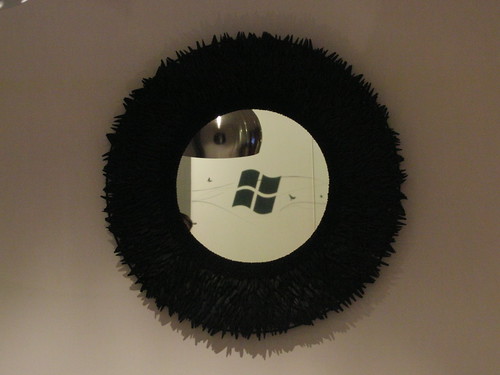 One lounge is on the 9th floor, conveniently by the escalators; the other is on 8 between women's shoes and the cafe and is equipped with sofas and a big-screen Media Center PC (you'll have to click through to the full image to see the screen!). 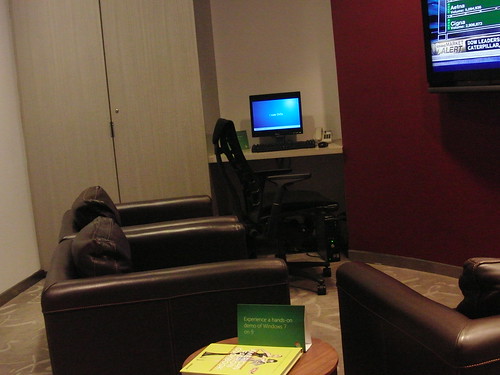 Yes, there are a few husbands taking a break; yes, there are a few people checking their email. There are laptops set up for sending a message to the Twitter stream that shows up in the windows. But most visitors actually want to see Windows 7 in action, the staff told us. The big hits are instant search (for XP users) and Aero Snap (for Vista users); but there's been a steady stream of business users coming in from the office to ask what Windows 7 has for them. And the consistent message is that Windows users like having somewhere they can go to talk to Microsoft in person and that it's time Microsoft was 'out there' (something we heard in the Microsoft stores as well). The multitude of Microsoft blogs has let geeks and developers connect to real people in Redmond and that's helped change attitudes, but it won't work for consumers. Not everyone wants to reach Microsoft by Twitter or through a blog and being able to drop in and talk to someone who has a clue has to be part of the reason for Apple's ever-increasing retail sales. Having a presence in one department store at Christmas reaches hundreds of thousands of people: the Microsoft stores can scale that across America and the world. That's pretty festive...