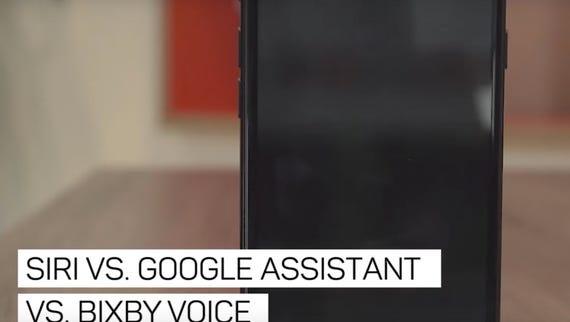 Samsung first unveiled its Bixby personal assistant alongside the Galaxy S8. The voice portion of the feature was set to launch at the same time as the company's smartphone but ultimately was delayed.

After debuting in Korea, English speakers in the US eventually took part in an early preview to provide Samsung with the critical data it needed.

Last week, Samsung released Bixby voice in the US for English speakers. Since then, I've been using Bixby voice for random tasks that I normally use a competing assistant -- Siri or Google Assistant -- for, as well as testing out some of the new capabilities Bixby brings to the table.

Just how does it stack up? Well, it depends.

A different kind of assistant

In various conversations with Samsung representatives, and even in the promotional material for Bixby voice, the company is quick to point out that this assistant isn't meant to compete with Apple's Siri or Google Assistant.

It's a different kind of assistant, created to help you complete tasks on your phone without ever touching your phone. For example, you can tell Bixby voice to open Samsung Gallery and play the newest video in your library. It can -- and will -- do that. Siri opens the Photos app and then asks you to pick the video you want to be played. Google Assistant doesn't even open the Photos app. Instead, it provides web search results.

Samsung's approach is attractive in that there is a gap between what we currently expect assistants to do, and what we want them to do. Telling Bixby to leave your phone's display on for 10 minutes is handy if you're reading directions or following a recipe, and yet, that isn't something any current assistants can do.

There are times when using Bixby to complete a task would take longer than tapping on the screen and doing it yourself. Sending a photo you're viewing in the Gallery comes to mind. It's just as easy to tap share, then select a contact, and send it as it is to summon Bixby, then give a command, and wait for it to process what you've said.

For the most part, any directives given to Bixby voice are completed. If the service misunderstands you, a "Teach Me" button will let you correct any words the assistant misunderstood, and then submit it to Samsung for improvements.

What the Teach Me button doesn't do, however, is let you walk the assistant through what you expected it to do even if it did hear you correctly.

For instance, if you tell Bixby to "Create a timer for X minutes," the timer is created but not started. Replacing "create" with "set" ends up with a timer created and started. Selecting Teach Me for the create command doesn't allow me to tell Bixby to actually start the timer instead of just creating it.

If you go into your Bixby account's history, you can suggest an alternative phrase for a previous command. From what I can tell, though, this tool isn't designed for feedback on what the any given command should have done. 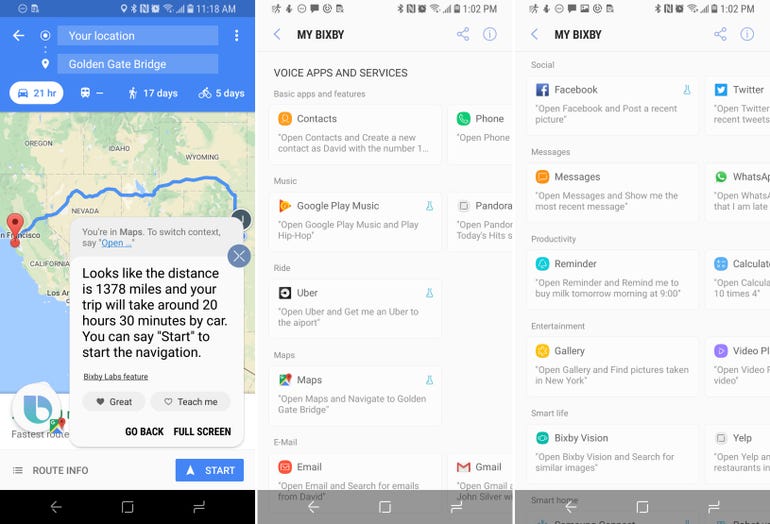 Due to the different approach Samsung has taken with Bixby and how a user is supposed to interact with the assistant, you are taught to start most commands with "Open" followed by the app you want Bixby to use.

"Open Google Play Music and play My Favorites playlist" will open the app, search your account for a playlist with that title, and begin playing it.

Once you're in an app, you no longer need to use the Open phrase and instead can give direct commands that Bixby will assume you want to be carried out within the given app.

Here's the rub: You don't always have to begin a command with Open.

There's a Q&A app for asking Bixby random questions we typically associate with digital assistants (questions about the height of Mount Everest or how old the Empire State Building is).

During the tutorial along with example commands, Samsung instructs you to tell Bixby "Open Q&A" followed by the search query. But you don't have to do that. You can launch Bixby, then ask a question, and get results.

The same can be said about pretty much any command you give to Bixby voice. Send a message, play a song, visit a website, get directions in Google Maps... all of it works without the Open syntax.

The reason for this is because Bixby has two different forms of context: Native and App.

Native context works with apps that come from Samsung themselves, or have been updated to work with Bixby. App context is for third-party apps that haven't integrated with Bixby.

When you give the command to play music, Bixby uses a native context and launches Google Play Music, which is the default music app on the Galaxy 8.

Third-party apps -- or where Bixby's app context comes into play -- is where you have to learn over trial and error what commands will and won't work within that app.

Most of the time you feel as if you're forced to talk like a robot when interacting with Bixby. It's not a natural conversation. It's downright confusing and frustrating, to say the least.

The gamification of a personal assistant 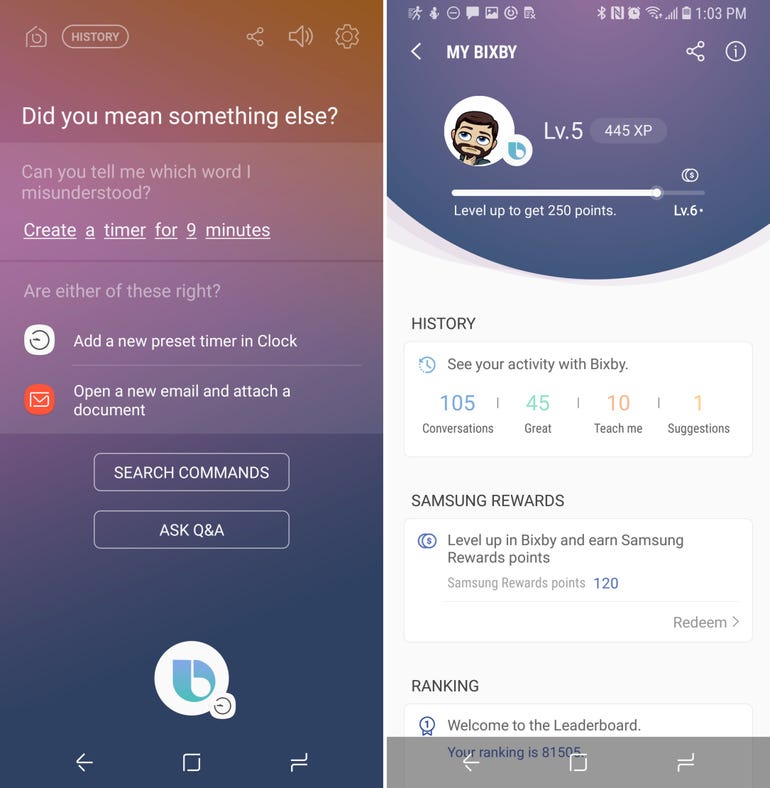 As a means to encourage users to provide feedback about misinterpreted queries and suggest new commands, Samsung is giving users experience points the more he or she users Bixby voice. Each interaction is worth at least one point. Every five interactions you earn 10 points. Suggestions submitted to Samsung are worth 20 points, and if a suggestion is accepted, you earn 100 points.

As you earn points, you level up, with higher levels unlocking new backgrounds to use with Bixby. It's a bit childish, yet every time I earned points, I found it to be somewhat fun.

There's even a ranking system to show you where your point standing places you amongst all Bixby voice users.

At some point, Samsung will let users convert points earned in the Bixby app into Samsung Rewards in Samsung Pay. Those rewards can then be turned into gift cards or enter random contests.

As frustrating as Bixby can be to use at times, the gamification of providing feedback is brilliant. It shows Samsung is serious about using input from normal users to improve this product.

Good start, but there's work to be done

After delaying Bixby voice, it's clear the service is still very young. The amount of emphasis the company is placing on feedback through its point system is a roundabout admission the company lacks data to put Bixby on par with its competitors.

It's a hard spot to be in for Samsung. On one hand, it needs users to provide feedback and use Bixby voice in order to improve upon on. On the other hand, users who don't buy into earning points and providing feedback are bound to quit using Bixby altogether.

For now, I'll leave the Bixby button alone and use it whenever I think of it, providing feedback along the way. If all else fails, I can always tell Bixby to open Google Assistant (yes, it works).