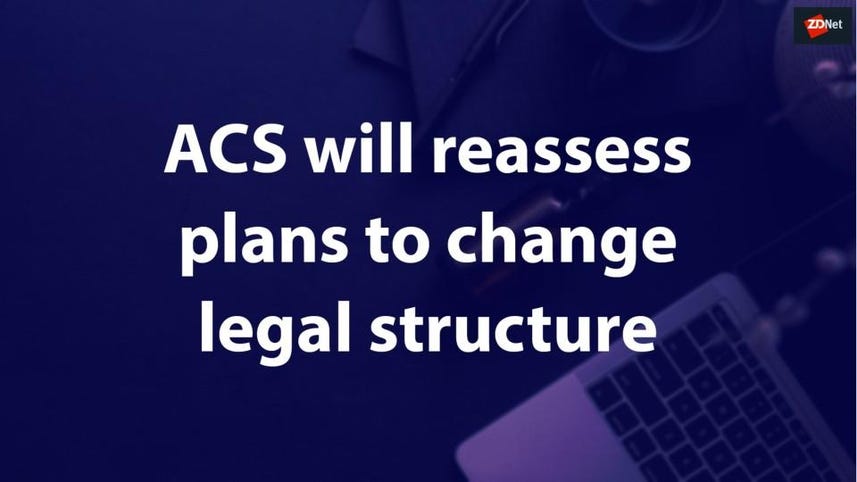 The Australian Computer Society (ACS) said it will reassess its original plans to change the legal structure of the organisation after the Federal Court case against the association concluded on Tuesday afternoon.

"With proceedings now dismissed, plans on how to transition to a company limited by guarantee will be reassessed," the ACS stated.

ACS had initially proposed to change its name to Australian Computer Society Limited and replace existing rules and objectives of the society with a new constitution under the Corporations Act.

Under the new constitution, it would have meant that only members of the ACS professional group would be eligible for consideration on the future board of directors and that its membership would be limited to individuals rather than companies.

The organisation would also have been regulated by the Australian Securities and Investments Commission, rather than Access Canberra.

However, earlier this year, Justice Wigney ruled the votes that favoured the proposed change, which supposedly was 75% of total votes, were "invalid".

See also: How to close the tech skills gap (TechRepublic)

He pointed to how an initial email from the ACS about its intention to make structural changes, sent on 3 July 2019, was not shared with all members.

"It was only sent to members who were 'active', had paid their membership fees, and had not opted out of receiving 'marketing' communications from the Society," he said.

"It was common ground that approximately 1,800 active members did not receive the 3 July 2019 email because they had opted out of receiving marketing communications."

The court case was brought forward by ACS fellow and former director Roger Clarke, who Wigney said was one of those ACS members that did not receive the initial email and was only made aware about the proposed changes on October 11 -- two weeks before the special meeting was scheduled to take place.

Wigney also pointed to how there were inconsistent processes in place regarding the way ACS company secretary Andrew Madry handled proxy votes, which ultimately impacted on the outcome of the meeting but could have been "readily and easily resolved".

On Tuesday, Wigney ordered the ACS to pay Clarke's costs, fixed at AU$127,000, which the association has agreed on, and stated that proceedings have otherwise been dismissed.