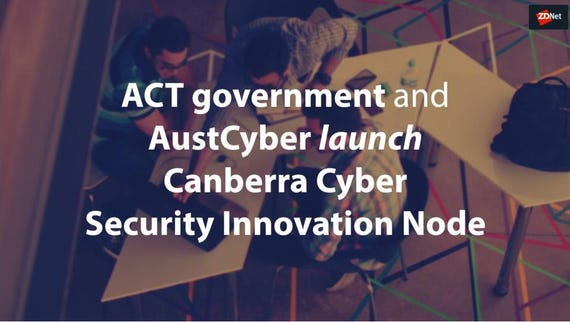 The ACT government and AustCyber have jointly opened the doors to the Canberra Cyber Security Innovation Node in a move to further grow the local cybersecurity workforce and help industry commercialise cybersecurity technologies in Australia.

"ACT government's partnership with AustCyber is an important step in the advancement of the cybersecurity industry in the ACT in many ways. The Node is growing and creating jobs while strengthening Canberra's knowledge economy -- particularly around cybersecurity in the space, defence, and education sectors," Canberra Cyber Security Innovation Node manager Linda Cavanagh said.

According to AustCyber, the Canberra Node has already been working with companies such as Archtis, Cogito Group, Penten, and Quintessence Labs.

See also: How to become a cybersecurity pro: A cheat sheet (Tech Republic)

The Canberra Node will also be heading up the National Missing Persons Hackathon in October, as part of Australian Cyber Week 2019, which will see ethical hackers and investigators find leads on real missing persons cases in Australia.

The launch of the Canberra Node follows on from the opening of the NSW Cyber Security Innovation Node in July. There are now a total of seven innovation nodes in Australia. The other nodes have been established in Victoria, Western Australia, South Australia, and Tasmania.

Australia is getting a new cybersecurity strategy

Feedback from consultation will be used to form a superseding document to the 2016 Cyber Security Strategy.

Australian government, spooks, and industry all on different cyber pages

Views on civilian cybersecurity's future differ widely, but does the Morrison government, and Minister Dutton in particular, have the clarity and clue to sort out the 'train smash' of legislation?

Quantum cybers land in Vault Cloud thanks to QuintessenceLabs

The offering has been touted as the world's first secure and scalable package for enterprise file synchronisation and sharing systems.

AustCyber to figure out what 'cyber skills' actually are

Australia is ahead of the global average figure for cyber gender diversity, but when it comes to filling the cyber skills gap we don't even know what we need.