Cloudflare has become the latest company to drop the neo-Nazi website The Daily Stormer in the wake of a white supremacist rally in Charlottesville, Virginia, in which a protester was killed. 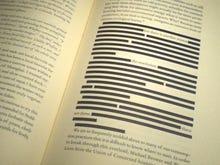 The San Francisco, Calif.-based networking and website protection company's chief executive Matthew Prince said in an email that he personally made the decision.

"I don't think it's Cloudflare's policy and I think it's an extremely dangerous decision in a lot of ways," said Prince in the email, seen by The Verge. (We reached out to Cloudflare and several executives prior to publication but did not hear back.)

Prince said that he "pulled the plug" on The Daily Stormer after one its readers suggested Cloudflare supported the site's neo-Nazi and racist ideologies by providing service.

The news was first reported on Twitter after a message from the website's founder Andrew Anglin was leaked.

The website has faced difficulty in finding web hosting after its domain provider GoDaddy dropped the site for violating its terms of service. After Google also canceled the site's service later in the day, the site later took to the dark web, which can only be accessed through the Tor anonymity network.

ZDNet's sister-site CNET reported this week that Reddit, Facebook, and gaming chat program Discord have in the past day all banned communication tools on their respective services.

It comes days after a weekend of violence in the Virginia town after the site had been involved in organizing a white supremacist rally. Heather Heyer, 32, was killed and dozens were injured when James Fields, 20, who attended the rally, plowed a car into a crowd of protesters on Saturday.

But Cloudflare's decision comes in the face of criticism towards the company, after it had initially declined to pull its services offering protection against distributed denial-of-service attacks.

The company, which doesn't host content but provides the networking support and attack protection, had described the content on sites like The Daily Stormer as "repugnant", but would not call out the site directly.

Cloudflare has long taken an absolutist approach to free speech, allowing what Prince called "horrible people" to use the company's services.

"If you have companies making moral judgments on what's good and bad, that worries me a lot," said Prince in an interview with ZDNet in 2015.

He added: "If a final court order comes down and says we can't do something -- governments have tanks and guns."

He said in the interview that he didn't "ever want to be in the position" where the company should have to decide between "good content and bad content," he said. "If a court comes and says you can't provide service to someone, we'll do everything we can within the law to challenge the order."