Al Gore's 'Unified Smart Grid' vision for repowering the USA - will it happen?

This week's Web 2.0 Summit was characterized by some very big picture ideas culminating in final keynote speaker former US vice president Al Gore laying out his vision for a 'Unified National Smart Grid': a new, state of the art integrated electrical infrastructure for the USA.
Written by Oliver Marks, Contributor on Nov. 8, 2008 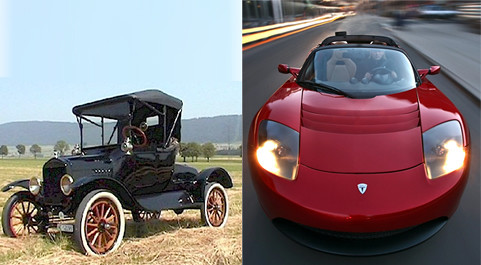 This week's Web 2.0 Summit was characterized by some very big picture ideas culminating in final keynote speaker former US vice president Al Gore laying out his vision for a 'Unified National Smart Grid': a new, state of the art integrated electrical infrastructure for the USA.

The proposed smart grid would take advantage of advances in energy efficiency and renewable power generation to create 100% clean electricity that could power clean, 'plug in' electric 'cars' or transportation devices.

The problem, solution and benefits as outlined at repoweramerica.org:

The Problem: The US electricity transmission and distribution system – or ‘grid’ -- is in critical need of an upgrade. It is old, balkanized and too limited in its reach. The current grid is a series of independently operating regional grids – it can’t meet the needs of a nation whose economy would benefit substantially from the system optimization that comes with national interconnection. Its limitations and vulnerability to failure are also reported to cost the nation $80 billion to $188 billion per year in losses due to grid-related power outages and power quality issues.1 And most critical to clean energy development, areas rich in renewable resources like solar, wind and geothermal are currently not well-served and thus have no ‘highway’ available to move power outputs to the markets where that power is needed.

The Solution: Modernize and expand the infrastructure for moving electricity from where it is generated to where it is needed through a unified national smart grid. Make that grid ‘smart’ so that it can monitor and balance the load, accommodate distributed energy from local areas and, in the near future, capitalize on a massive national fleet of clean plug-in cars. This new grid encompasses both the long-distance, high-voltage transmission lines and the lower voltage distribution systems that connect the power to customers.

The Benefits: Updating our grid with advanced transmission will save money, increase reliability and protect consumers from outages, and make possible a clean electricity system. It will move renewable power from where it is generated to wherever it’s needed, whenever it’s needed. Just like the interstate highway system and railroads before it, investing in modernization of the grid will create thousands of jobs for American workers.

Gore was hugely impressive at Web 2.0 Summit. I'll be seeing him again at the HCL Unstructure Global Meet conference in Florida later this month, where I'm mentoring a panel on 'Employee first: How do you align employee self interest and awareness with the business?' It will be interesting to see the reaction to Gore's ideas from that audience, and to watch as political events unfold over the coming months.

It's a measure of the stature of the Web 2.0 Summit conference that ideas of this magnitude are considered part of the Web 2.0 world: Elon Musk, founder of PayPal and more recently Tesla discussed his plans for other electric vehicle development, space exploration and renewable energy, while Shai Agassi, former President of the Products and Technology Group (PTG) at SAP AG and now CEO of Better Place, discussed building a scalable and sustainable personal transportation system that ends oil dependence.

In a year which marks the 100th anniversary of the introduction of Henry Ford's mass produced model T, we appear to be entering an era where the huge automotive global monoliths are being challenged by agile transportation startups exploiting a whole new emerging paradigm.

But how did Web 2.0 go from being some nifty ajax user browser interface work to the grandiose ideas of Gore, Musk, Agassi and others? Michael Wesch's 'The Machine is Us/ing Us' pointed out the early Web 2.0 linked people - sharing, trading and collaborating information freed from the constraints of Web 1.0 - in mash ups of information flows.

The reality is that the huge successes, advances and fortunes Web 2.0 has created have been fundamental to the continuing explosion of the internet, which globally doubles in size every 18 months.

The Web 2.0 Summit is arguably misnamed at this point since the focus is increasingly on the impact internet enabled collective intelligence is having on global society. and of course the business opportunities associated with that...

Combined New Deal & Moon Shot stimulus effect Apart from the decrepit US power grid being massively inefficient, the 'New Deal' style public works project would be a major economic stimulus in the USA, while also homogenizing the grid so it is able to move to a powerful new generation of 'always on' electric utility style internet and connectivity.

These twin benefits - economic stimulation and next generation infrastructure - would have the impact of John F. Kennedy announcing the goal of conducting manned moon landing missions in 1961, as Gore suggested.

That feat was accomplished within the proposed 10 year timeframe on July 20, 1969 by Neil Armstrong, and Buzz Aldrin, with Michael Collins in Moon orbit during the Apollo 11 mission. (One of the greatest collaboration projects in history!)

It would be great to see the energy and momentum generated by the recent US election continue into the development of a Unified Smart Grid that would arguably be the foundations of an electronic society in the future, but is there the political will to make this happen?