Full Bio
Posted in Between the Lines on February 25, 2016 | Topic: Government

Apple on Thursday filed a motion to vacate a court's order forcing the company to unlock the San Bernardino shooter's iPhone.

"In order to comply with the Gov't demands, Apple would need to create a new 'GovtOS'", the motion reads. Apple lays out the engineering resources and month's time that would be required.

The court is asking Apple to help the FBI brute force its way into a locked iPhone by creating a special version of iOS that will be easier for the government agency to get into.

Apple listed its legal objections in the filing, setting the stage for a big legal showdown that has garnered mass media attention and attention from other technology giants. 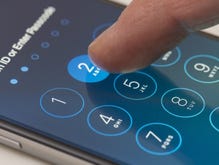 In legal showdown, FBI vs. Apple could make or break Silicon Valley

The FBI scores a game-changing win over tech firms in the ongoing encryption dispute.

"This is not a case about one isolated iPhone," the motion reads. "Rather, this case is about the Department of Justice and the FBI seeking through the courts a dangerous power that Congress and the American people have withheld: the ability to force companies like Apple to undermine the basic security and privacy interests of hundreds of millions of individuals around the globe."

Apple CEO Tim Cook has penned two letters to customers and appeared on ABC News' Nightline program in defiance of the ruling.

On the program, Cook called the proposed backdoor the "software equivalent of cancer."

"No court has ever granted the government power to force companies like Apple to weaken its security systems to facilitate the government's access to private individuals' information," Apple wrote in Thursday's response. "The All Writs Act does not support such sweeping use of judicial power, and the First and Fifth Amendments to the Constitution forbid it."

Microsoft voiced its support for Apple on Thursday, saying it "wholeheartedly" supports Apple in the FBI case and has plans to file an amicus brief next week.

The comments came from Microsoft president Brad Smith during a Congressional hearing on the laws governing data transfers across borders, and government requests for that information, the Washington Post reports.

Lawmakers have also expressed concern about the case.

Rep. Jim Himes (D-CT, 4th) warned that Apple faces a "very substantial threat" if it is forced to comply with the court order of becoming a target of domestic and foreign intelligence agencies and criminals.

The next hearing in the case is expected on March 22.

You can read Apple's full motion below.