By Zack Whittaker for Between the Lines | September 18, 2014 | Topic: Security

Apple is hiring a "head of law enforcement" in Beijing to help deal with the growing number of data demands from the Chinese government. 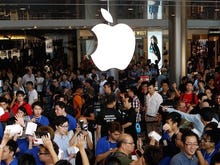 Apple to store some user data in China: Weighing the pros and cons

Apple's move to store some of its Chinese users' data in the country has benefits — and drawbacks — for its customers.

In a job posting submitted to LinkedIn, the iPhone and iPad maker is looking for applicants to handle the "increasing number of third party requests for access to Apple controlled data within China."

The role description says the person will be "directly responsible for the management, handling and issuance of appropriate responses to requests from law enforcement authorities, public prosecutors, and courts throughout China."

Apple first posted the vacancy in early August, according to Reuters, but it was re-enlisted on the business social networking site on September 8.

The job posting landed at about the same time Apple announced it would  store some Chinese user data in servers within the country. The company said it was in part to make iCloud faster for Chinese residents, but it's said it was also in order to comply with local intelligence gathering laws.

Apple's local phone partner China Telecom will hold the data, but it will remain encrypted, with Apple holding onto the keys.

In hiring a de facto law enforcement liaison, Apple is decentralizing its security and privacy obligations away from its Cupertino, Calif.-based headquarters to mainland China.

By Zack Whittaker for Between the Lines | September 18, 2014 | Topic: Security