If you asked people to name the two non-European countries in the world with the highest percentage of its population online, chances are that most of them wouldn't choose New Zealand and Qatar.

Nonetheless, a 2013 report from the Broadband Commission put these two countries eighth and tenth respectively on the global league table, behind countries such as Iceland (which topped the list), Norway (which came second) and Finland (seventh), but ahead of the UK (12th), the USA (24th), Japan (29th) and Singapore (33rd). 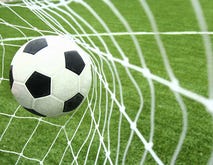 Euro 2012: How mobile has been a game of two halves in Poland

Qatar - home to two million people and perhaps best known as the host of the 2022 World Cup – recently highlighted the value it places on ICT with the publication of its first National Broadband Plan, a 62 page document with the "overarching objective… to support and promote broadband market development".

At the launch of the document, Dr Hessa Al-Jaber, minister of information & communications technology, described the plan as "a major step in a journey that will establish Qatar as a leading broadband economy in the region."

Nevertheless, speed and affordability - of both fixed and mobile broadband – remain major issues for home and business users alike, while the plan also highlights the fact that "limited competition in the fixed broadband market is significantly holding back Qatar's development".

A crossroads for Qatar's broadband market

"As the country strives to reduce its dependency on natural resources, a digital economy, enabled by broadband, will have to play an increasingly prominent role in achieving economic growth and diversification," the report says. With this in mind, the plan outlines a wide range of policies to remedy the situation.

Most notably, the plan contains four key targets, each one with a 2016 delivery date:

"As I see it," the minister said in her speech to launch the Plan: "these may be ambitious goals, but they are all doable".

In line with the first 2016 target, the plan emphasises the importance of "establishing true competition". According to the report's authors, this “will greatly facilitate the emergence of competition for other retail services relying on broadband and offered by third parties, such as cloud services, disaster recovery or a range of other datacentre services".

Specifically, the report notes that "broadband competition will [only] be established in Qatar when consumershave the ability to choose between a minimum of two competing operators for their broadband requirements".

Greater competition could see changes to the country's main networks, owned by Qatar National Broadband Network Company (Qnbn) and Ooredoo, the incumbent operator. Created in 2011 as an independent company wholly owned by the Qatari government, Qnbn is currently deploying rolling out fibre across the country, alongside Ooredoo's own rollout.

The plan suggests that instead of having two parallel – and potentially competing – networks, there may be a benefit in establishing "a single provider of passive infrastructure providing indiscriminate and open access to the licensed service providers".

"Under such a scenario," the report says, "Ooredoo and Qnbn will need to reach a commercial agreement under which their fibre networks are consolidated."

Regardless of whether this consolidation happens or not, the plan outlines a number of other policy ambitions for the next couple of years that are likely to impact on these two ISPs.

With a focus on promoting the availability of networks – and the target speeds – featured in the second and third 2016 targets within the plan, these policy ambitions include redefining– and publishing – Quality of Service metrics for fibre-based services, creating mandatory technical specifications for open, equal, non-discriminatory access to the fibre infrastructure inside buildings (in-building cabling) and clarifying asset ownership; in particular around ducts and corridors.

The report was published by the ICT ministry recently (the organisation I work for, though I'm writing here, as ever, in a personal capacity) and makes a number of further technology-focussed suggestions including the establishment of an internet exchange point (IXP) in Qatar, with a view to reducing international transit costs for domestic Internet traffic and latency. Migration towards IPv6 technology is also discussed with the recommendation that implementation plans are expanded to ensure that all organisations use this standard and not just government organisations and large corporates.

Lastly alongside the need for competition and considerations around technical standards, the plan also highlights several end-user challenges on both the supply and demand sides.

Recognising their interdependence, the plan stresses not just the need for content and services to encourage broadband takeup and use, but also the importance of addressing difficulties such as switching supplier and the lack of fixed-line number portability.

Proposals around digital literacy meanwhile include expanding support for low ICT literacy groups such as Qatari women, senior citizens and youth, as well as longer term ambitions to provide ICT training for all government employees and the introduction of "a mandatory digital literacy curriculum in the secondary national education system" by 2018.

Finally, with an eye to 2022, the plan also points to the need for fibre connectivity for the stadiums which will host World Cup matches across Qatar, in order to support both media and spectators which will "require highly available, reliable backhaul to support mobile services as they record the events and interact with friends and family back home".

Beyond 2016, the authors note that "due to technological advances in fixed and mobile broadband technology, as well as the rapid pace of development of Qatar, the Plan will need to be reviewed and maintained regularly". Subsequently, "the next review will happen in 2016," they write, "matching the target date for the achievement of the four targets".

With the 2022 FIFA World Cup at that point just six years away, no doubt this is an area which the next iteration of this plan will examine in much more detail. It will be fascinating to see how these plans shape up and whether Qatar has been successful in meeting the targets it has set for itself.