Less than two weeks after announcing an unlimited data plan of its own, AT&T is making changes.
Written by Jason Cipriani, Contributing Writer on Feb. 27, 2017

Starting this Thursday, March 2, the AT&T is revamping its unlimited data plans.

At the time, pricing was left alone, and AT&T failed to match the 10 GB of mobile hotspot per month that all other carriers had adopted.

That's about to change with two new plans... kind of.

One new plan, AT&T Unlimited Plus, drops the price for a single line by $10, to $90. In addition to the price drop, subscribers will gain 10 GB of mobile hotspot use per month. The price drop and addition of hotspot service appear to make AT&T's offering far more competitive.

Unfortunately, the price drop is only something select users can take advantage of. Here's the breakdown:

As an incentive for its customers to sign up for DirecTV service, AT&T will issue a monthly credit of $25 to the wireless bill. The incentive applies to DirecTV, DirecTV Now, and U-Verse TV.

With DirecTV Now's monthly cost starting at $35, users would pay $10 a month for the streaming service after the credit.

As is the case across all wireless carriers, customers will need to sign up for auto-pay and paperless billing to take advantage of the new plan.

Four lines of service on AT&T Unlimited Choice will total $155 per month, here's the breakdown:

You can sign up for either of the new plans starting March 2 by visiting a retail store or through AT&T's website. 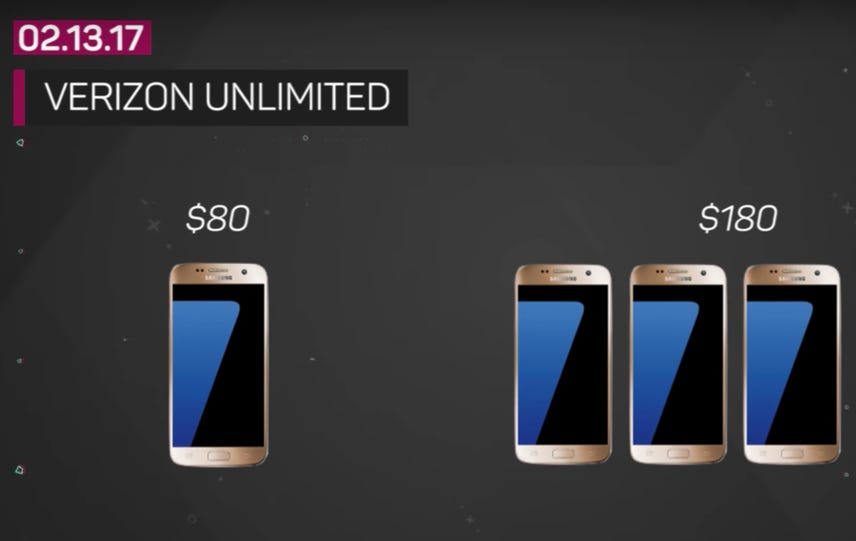