US President George W. Bush is reported to have once said, "The problem with the French is that they have no word for 'entrepreneur.'"

The story about President Bush might not be true, but in many ways the story rings true because France certainly has developed an anti-entrepreneurial image abroad over the past few decades.

And maybe this is why I hear French spoken on the streets here all the time lately, far more than at any time prior, in my 30 years in San Francisco and Silicon Valley.

France's anti-entrepreneurial attitude is not easy to shake. A French startup CEO once told me his mother is embarrassed to tell her friends that he runs a startup, she'd be happier if he had a steady government job because business men and their monetary ambitions are distrusted in French society. 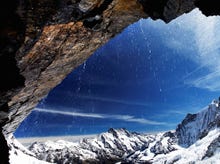 So it is not surprising that French entrepreneurs are here and are building new companies because it is a far easier place to do that both culturally and technically: this is the place for the best investment capital, best engineers and the best specialist executives for scaling startups.

I recently attended a gala dinner and awards event organized by the French American Business Association in San Francisco, and I was impressed by the large number of French founder startups that were being celebrated -- far more than I remember seeing previously ( I helped judge the startup winners last year.)

Interestingly, at the event there were also awards given to the best new French founded wineries in California. It's great to see that California's expertise in tech and in wine attracts the French!

But it is not only the French that are here, pick almost any a country and you'll find it is represented in some way by local entrepreneurs because here it is quicker, easier and simpler to both start -- and very importantly -- to close down a business venture. It can take years of legal work to close a failed business in Germany, for example. Fail fast is key here because it means you can move on to the next idea.