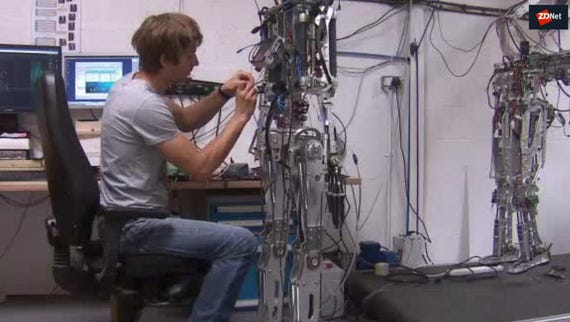 Upwork, a freelance marketplace, just released its newest Quarterly Skills Index of the 20 fastest-growing skills in the US freelance job market.

Robotics made the list for the first time -- and it was quite a debut. Robotics know-how was rated as the No. 1 fastest-growing skill of the quarter.

Blockchain and Bitcoin skills ranked second and third on the list.

The growth in demand for robotics skills is in keeping with trends we're seeing across several industries. Robotics initiatives at major companies such as Amazon have put downward pressure across supply chains to make and deliver goods faster in order to stay competitive.

IDC predicts that worldwide spending on robotics and related services will more than double by 2020, growing from $91.5 billion in 2016 to more than $188 billion.

The report doesn't segment out which robotics skills are in most demand, but based on experience, I'd guess the areas of highest growth are software engineering, deployment, and sales.

Of those, deployment -- working with end users to set up automation systems -- seems primed for the largest growth over the next decade. Maya Cakmak, a robotics pioneer now teaching at the University of Washington, recently expanded on that claim in a conversation with ZDNet.

According to Upwork's data, the independent workforce now includes more than 57 million Americans. Predictions are all over the map, but the Freelancer's Union estimates the majority of the US workforce will be freelancers within a decade.

So the report, in effect, is a double-edge sword. While the growth of medium- and high-skill jobs in robotics is good news, turbulence in employment markets, in part precipitated by automation technology, continues to erode long-term job security.

Join Discussion for: Beating out blockchain and Bitcoin, this...