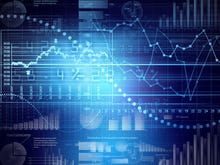 Whatever firms say about having to look outside the business for data scientists and big data specialists, actually the place most of them turn to for recruits to fill these roles is their own IT department.

More businesses in Europe hiring data scientists name existing staff with IT backgrounds as a preferred place to hire than any other source, according to research from database software company Teradata.

At 46 percent, existing IT-skilled staff come in ahead of specialist contractors on 42 percent, and new hires from specialist recruiters on 38 percent as the recruitment sources most cited by C-level executives in the UK, France and Germany.

When it comes to the skills that organisations are looking for in big data roles, software development is named more often by executives than any other area of background and experience.

Big data: Why most businesses just don't get it

Big data could be the answer to all their problems but the trouble is most businesses may be failing to ask the right questions, according to analyst firm Gartner.

Once big data specialists are in post, roughly half of them report to business departments other than IT — and the initiative for hiring them in the first place tends to come from the CEO or management in the UK and Germany. In France, the impetus still lies with IT.

Despite that apparent preference for looking to existing inhouse staff for building a big data team, businesses place recruiting skilled, experience people — an approach named by 45 percent of respondents — far above repositioning existing staff and retraining, which recorded only a 16 percent vote.

Almost half of the respondents to the Teradata survey said they have a strategy or roadmap for big data, one in five is already running a big data project with another 28 percent planning to do so in the next two years.

Some 59 percent of respondents agree that it's difficult to find candidates with the right blend of skills for big data projects, with a similar number thinking a skills shortage exists.