The recent New York Times Elisabeth Bumiller story 'We Have Met the Enemy and He Is PowerPoint' - which essentially said 'PowerPoint doesn't kill people, fuzzy thinking hiding behind bullet points does' - features the internet infamous 'Afghanistan Stability/COIN Dynamics' image:...Brig.
Written by Oliver Marks, Contributor on May 2, 2010 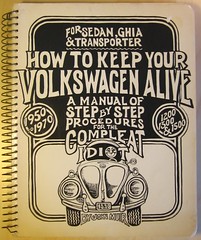 ...Brig. Gen. H. R. McMaster, who banned PowerPoint presentations when he led the successful effort to secure the northern Iraqi city of Tal Afar in 2005, followed up at the same conference by likening PowerPoint to an internal threat.

“(PowerPoint is) dangerous because it can create the illusion of understanding and the illusion of control,” General McMaster said in a telephone interview afterward. “Some problems in the world are not bullet-izable.”

The rigid list-of-bullets syndrome, quite apart from the head bangingly boring aspects of presentation software, can be the antithesis of a timeless principle: plain talk that everyone can understand and engage with.

I keep coming across a technology enthusiast syndrome that is not unlike the somewhat racist term 'Ebonics' (African American Vernacular English (distinctively nonstandard Black United States English), asserting the independence of this from (standard) English, to quote Wikipedia).

If you speak a language that only a handful of people can understand, it's easier to be the biggest fish in a small pond. I keep coming across clusters of people in the technology world speaking in strange dialects as they invent the future in their own image, replete with unique terminology and definitions.

We're used to this when it's a sales pitch spin for a funded product, but the multiple kaleidoscopic variants of Twitter discussion networks seems to have exacerbated this problem, and we now have all sorts of world conquering aspirations in mysterious dialects and acronyms all festooned with insider # tags.

This behavior assumes people can understand dialog around complicated subjects reduced to bumper sticker logic in a language few are able to get full context from. In defense of Powerpoint, Twitter or any other communication medium, it's not the tool, it's the clarity of thought and information that counts.

The Flickr group 'stick figures in peril', apart from being entertaining, is a good graphical example and runs the gamut from baffling signage to very clear warning depictions of perilous situations.

At the high end of the clarity spectrum is the seminal 1969 book 'How to Keep Your Volkswagen Alive, A Guide for the Compleat Idiot' by John Muir, with superb illustrations by Peter Aschwanden. This book, quite apart from inspiring the endless 'Idiot's Guide' publishing phenomenon, is a completely unintimidating hands on-book for fixing the venerable VW bug. Even if you've never looked at an automobile's mechanical innards in your life, this guide spells out in plain English how to dive in and is amazingly complete, logical and accessible.

A good presentation or training demystifies and throws into focus a topic or clearly illustrates how to solve a problem. The Muir/Aschwanden VW Guide has sold over 2 million copies because it solves problems and has probably saved a lot of people a lot of money and grief over the years.

Contrast this with the endless online evangelizing about the latest and greatest doo hickeys and the overly simplistic '10 steps to..' blog posts that often require you to speak and/or learn some fashionable new dialect, and you can get a skewed perspective of how many people are interested.

The corporate world is dominated by people who have been playing a long game to climb the corporate ladder, a world where accumulating privileges such as position, seniority, parking space, more carpet tiles than rivals, secretaries and of course money is paramount.

Entering this world is an entitled modern generation of technology sophisticates where everyone wants to be the leader, and feel empowered to be because they understand how to utilize 'modern' ideas and technologies.

The million dollar question is whether these skills and knowledge scale, and whether these folks have the ability to communicate clearly to everyone around them in plain, understandable  language. This is essentially the same problem the US Army strategic command have, in this particular case articulated through Powerpoint.

Positional power versus personal power alike, what impresses and makes things happen in business is clarity, not buzzwords and unproven and fashionable ideas....