With BlackBerry 6 just around the corner, RIM has started pushing out the latest version of its BlackBerry Desktop. It's a major makeover for the familiar BlackBerry experience, and one that's been designed to fit more closely with the BlackBerry device look-and-feel.
Written by First Take , Previews blog log-in on Aug. 16, 2010

With BlackBerry 6 just around the corner, RIM has started pushing out the latest version of its BlackBerry Desktop. It's a major makeover for the familiar BlackBerry experience, and one that's been designed to fit more closely with the BlackBerry device look-and-feel. 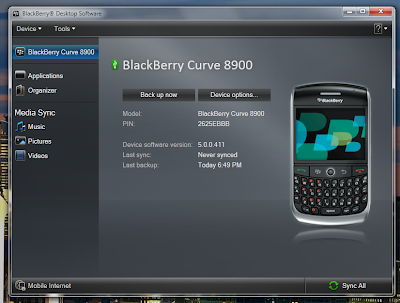 If Microsoft hadn't started changing the Windows user experience model with Vista and WPF, something like BlackBerry's new tool would have been seen as jarring and unusual – and it still will on Windows XP, but on a Windows 7 PC it fits in nicely. Black like the BlackBerry 6 user interface, BlackBerry Desktop now takes up a lot less screen real estate, making it much more laptop friendly, while still containing all the features you'd expect. There's actually more in this new version, as the separate Roxio-based Media Manager has gone to be replaced by an internal Media Sync tool.

Setting up and installing the new BlackBerry Desktop is easy enough, especially if you're letting RIM's auto-updater handle things for you! Once it's installed you'll need to plug in your device to complete setup. We were disappointed to find that settings weren't carried over from previous versions, though as we were syncing the device with BES Express that didn’t matter too much. However, if you're using BlackBerry Desktop to synchronise contacts and tasks to a BIS-connected device you will need to set up your synchronisation partnerships all over again. The set up process also handles scheduling device backups and defines where media files are stored on your device. 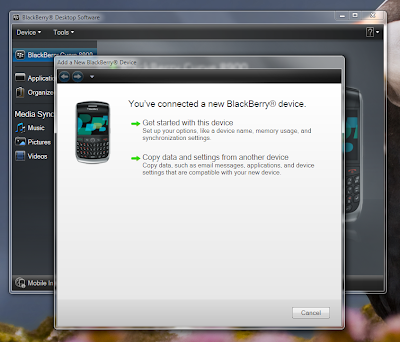 Setting up a device 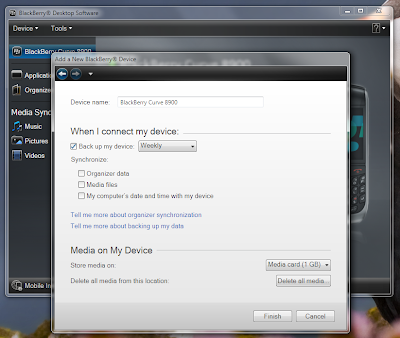 Once connected (and a first backup completed), you're left at BlackBerry Desktop's home screen. It's clean and clear, with a view of the device you're currently using – showing its PIN and the current version number of the BlackBerry OS installed on the phone. Switching to the Applications view lets you upgrade your phone OS (if an update is available). You can also use it to add and remove applications from the phone, so if you're deploying MDS applications to corporate BlackBerrys you can use this to deliver COD installer files to phones. 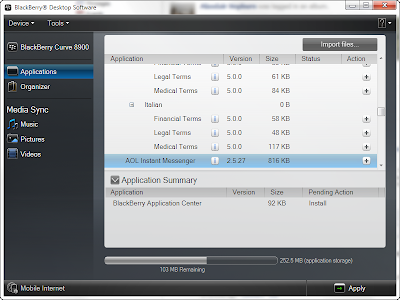 Adding applications to a BlackBerry

The Organiser tab lets you choose what desktop organiser files are synced to your phone, if you're not using BES. There's a wide selection of different PIMs supported, and the setup tools helps you define mappings between your data and the BlackBerry internal databases. Once you've made a mapping, files will be synced each time you connect your phone to your desktop PC. 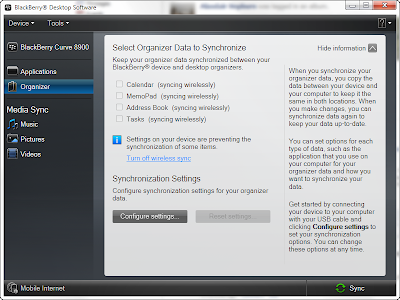 The Media Sync section of BlackBerry Desktop replaces two different tools, the built-in media tools in previous releases of Blackberry Desktop and the bundled Roxio media tools. You can choose to link it to your existing desktop media player, letting you use your existing media library without having to change anything – and even using it as a source of album cover art. The same tool handles importing photographs and videos from your phone (something that's going to be more important in future with the improved camera software in BlackBerry 6 and the new camera hardware in the Blackberry Torch). 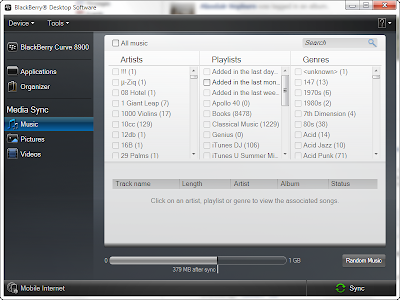 Syncing iTunes to a BlackBerry 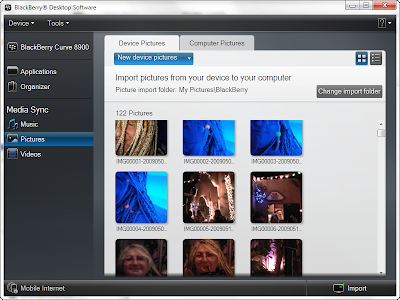 Copying images to a PC from a BlackBerry

You'll find one useful feature buried in the bottom left hand corner of the BlackBerry Desktop window. Click the Mobile Internet button, and you're ready to turn your BlackBerry into a modem. It's a quick and easy way of getting a 3G modem without having to buy new hardware and software. RIM provides a large database of networks that automatically configures connection strings and parameters for your phone. Once set up, just connect your phone and click to connect and disconnect. It's well worth installing BlackBerry Desktop on a laptop for this feature alone. 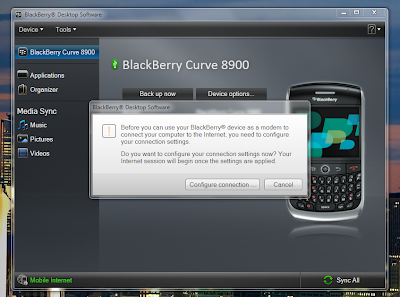 Setting up a Mobile Internet connection 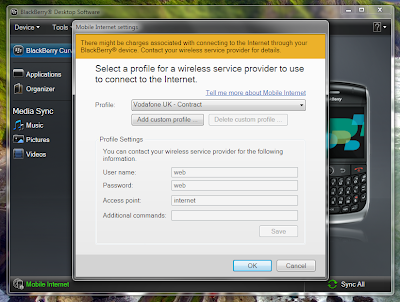 RIM has done a good job with the latest BlackBerry Desktop, making it a logical upgrade for any BlackBerry user (and not just for BlackBerry 6). It's well designed, and brings the latest BlackBerry user experience to a PC without affecting the PC experience. Blending the two approaches together like this means that this is clearly a point of contact between two very different ways of working, simplifying desktop synchronisation and media transfers – as well as giving you a one-click mobile modem.

Which Samsung phone is the best? The top Galaxy models compared

Windows 10 reminder: IE11 is going away soon, so make sure you are ready