It has been a long time coming, but Research In Motion (RIM) has finally released a successor to the BlackBerry Storm. The rather unimaginatively named Storm2 will be available exclusively via Vodafone in the UK for the time being, although other operators may follow in due course.

The original Storm was praised for its innovative touchscreen technology, called SurePress. The whole of the screen depressed under the fingers, which made for an interesting tactile experience. But unfortunately for RIM, the system came in for a lot of criticism.

The name remains, but this time round SurePress is a lot more rewarding to use. The screen still fully depresses when you hit it, but not quite so far. It comes into its own when typing text on the 3.25in., 360-by-480-pixel screen. 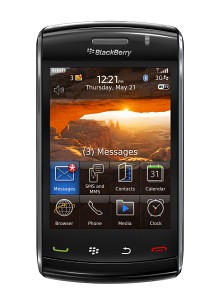 There is a multitouch system which means you can hold onto one key while depressing the next. It is, says RIM, like the ‘rollover’ system that people use when typing on a real keyboard. Certainly I was typing very quickly after just a few seconds of acclimatisation, and the tactile, rather than haptic, feedback was welcome. Elsewhere the capacitive screen is very responsive to finger sweeps and presses.

The Storm2 has GPS built in just like its predecessor. The original Storm lacked Wi-Fi, but this time it is present. Really, despite what network operators may want, no smartphone can cut it at the higher end these days without Wi-Fi.

With two app stores, from RIM and Vodafone, there should be plenty of opportunity to download applications to augment the on-board complement. The Storm2 has 2GB of internal memory for storing apps and data.

RIM says there have been hundreds of small updates in this new iteration, both hardware and software. On the hardware side, the Storm2 is the same size as its predecessor, but gives the illusion of being smaller due to clever design tweaks. To be frank, the size is not important, and if half an hour of hands-on experience is anything to go by, the software tweaks have made the Storm2 a vast improvement on its predecessor.

I particularly liked the clever cut-and-paste system. You have two selectors in boxes that you can move around so they are positioned accurately around the selected text. This is far more finger friendly than prodding hopefully at small text on-screen. I’ll need a longer hands-on to get to grips with the many software tweaks, but first impressions are good.