By Larry Dignan for Between the Lines | February 13, 2020 | Topic: Networking 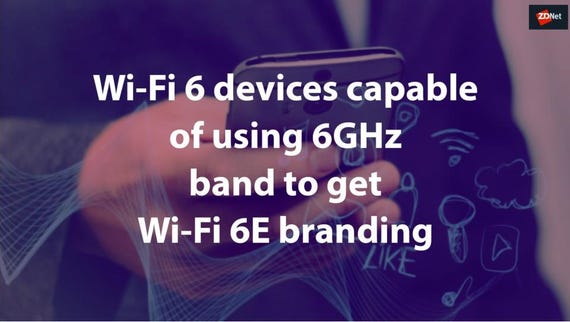 Broadcom is launching a new Wi-Fi combo processor that is designed to deliver more than 2 Gbps speeds with better battery life by extending Wi-Fi 6 to support the 6 GHz spectrum band.

The processor, the BCM4389, is the first Wi-Fi 6E processor that will utilize the soon-to-be-operational 6 GHz band with wider channel bandwidth. BCM4389 is designed for flagship smartphones and future augmented and virtual reality devices.

According to Broadcom, the upshot of the BCM4389 is that it will cut latency, avoid congestion with legacy devices and improve performance. Another perk is that the BCM4389 will use multi-radio technology with Bluetooth to improve audio performance and range.

Broadcom said it is also using its new tri-band simultaneous (TBS) architecture, which includes two main Wi-Fi radios and a MIMO Bluetooth radio as well as an independent radio to optimize Wi-Fi and Bluetooth performance. The company said that the architecture will make it easier and faster to pair Bluetooth devices, scan for interference free networks while staying connected, bolster indoor accuracy and improve battery life.

As for devices, Broadcom said there will be a full range of home routers, gateways, enterprise access points and devices for BCM4389. The new 6 GHz spectrum band will be operational in the US in 2020.

Here's how the BCM4389 compares to its predecessor Wi-Fi 6 chipset.

By Larry Dignan for Between the Lines | February 13, 2020 | Topic: Networking