Full Bio
Posted in Between the Lines on September 20, 2016 | Topic: Enterprise Software

CA Technologies on Tuesday said that it has acquired BlazeMeter, which specializes in open source application performance testing.

Terms of the deal, which will close by year end, weren't disclosed.

BlazeMeter's open source tools will be used to better link CA's technology with developers. BlazeMeter is compatible with Apache JMeter and open source software including Locust and Selenium. BlazeMeter customers include the Gap, NBCUniversal, and Adobe.

Alon Girmonsky, CEO of BlazeMeter, said in a blog post that it was the right time to join CA so it can continue to scale. BlazeMeter has more than 60 employees evenly split between offices in Palo Alto, Calif., and Tel Aviv, Israel. 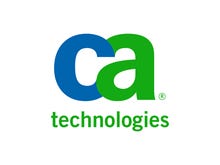