CIOs have more visibility than ever before. Businesses are desperate for executives who understand the power of technology -- and, in most cases, the experienced CIO is best placed to take advantage of that opening.

And as they prove their usefulness, how high on the executive ladder can CIOs rise and what does the future of the CIO role look like? ZDNet speaks to the experts.

Establishing a strong culture of change

Jonathan Mitchell, non-executive director at Harvey Nash and former CIO at Rolls Royce, is an industry veteran who says IT leaders must now be strategic change agents. The ubiquitous nature of technology in modern business means CIOs need to help push digital transformation as quickly as possible.

Why CIOs don't care about Windows 10

The list of things that tech chiefs care about is long, but where should something like Windows 10 factor?

However, there is a catch -- Mitchell says the average CIOs role tends to be very short, about three to four years at most. "Many of those roles finished with unhappy endings due to poor management of stakeholder expectations and the 'black death' failure of expensive IT projects," he says.

To achieve great results quickly, modern technology chiefs must be more closely integrated to broader business objectives. Engagement, says Poli Avramidis, CIO at the Bar Council, is the watchword, a skill that will not come naturally to all IT directors.

"Making sure that change in behaviour takes place is often the biggest challenge for any CIO," he says. "In many ways, modern IT leaders spend a lot of time selling their ideas internally -- they have to get people across the rest of the organisation to recognise the cultural shift that is required."

The focus on culture is also recognised by Lisa Heneghan, global head of KPMG's CIO advisory practice. She says tech chiefs should encourage their IT teams to think in a creative manner, rather than focusing on operations. The good news is CIOs who help foster great business ideas can rise to the very top.

"If CIOs are truly thinking in a more strategic manner, why shouldn't they become a COO or even a CEO?" asks Heneghan. "It's still a rare move but it could become more common as IT leaders are able to prove how technology enables business strategy in the digital age."

Looking to climb the career ladder

Interim CIO Christian McMahon, who is managing director at transformation specialist three25, recognises the evolution in the role of CIO is often discussed in terms of suitability for more senior positions. However, being a great CIO does not necessarily mean you will succeed in another C-suite role, particularly one as lofty as CEO.

"Just by being the CIO in a large and complex organisation doesn't automatically prepare you for the top role," says McMahon, who has held CIO roles at analyst Ovum and liquidity specialist GoIndustry. "It's a different matter if you are a recognised leader, with an impressive track record of successful delivery."

Chris White, CIO at global firm Clyde & Co, is another IT leader who believes the transfer from technology chief from CEO is a far from straightforward transition. "I don't think it's that simple," he says, before drawing a parallel with developments in his own sector.

"A lot of law firms are run by lawyers," says White. "However, being a brilliant lawyer doesn't give you those business skills -- and why should it? Global change today simply means that to be a successful executive you must be at the very top of your game in terms of business leadership."

The basic lesson for career-oriented CIOs is to focus on management capability. It is a sentiment that chimes with Airswift CIO Brad Dowden, who says CIOs -- as modern business leaders -- should become experts in as many areas as possible.

Interesting opportunities will come to executives who mesh with their peers.

"I work with everyone across the organisation in all areas of business and I'm an active participant in conversations," says Dowden. "I like it that way because I can hear the challenges they face and then act as a solutions provider. That approach helps my team to deliver better IT services to the rest of the company."

Recognising the inherent value of the CIO role

Promotion to CEO, therefore, does not have to be the CIO end game. Successful IT leaders can forge a great career by helping their business to embrace IT-led change. Take Dave Smoley, CIO at AstraZeneca, who is using technology to transform business operations at the pharmaceutical giant.

The seasoned IT executive -- with experience in technology leadership roles at Flextronics, Honeywell, and General Electric -- has been with AstraZeneca since April 2013. "I think I have the best job in the world," says Smoley, who believes CIO roles remain in a state of constant evolution.

"The pace of change in technology is accelerating and the risk of failure, and of malicious behaviour affecting your business, is higher than ever. Businesses need an even greater understanding of technology -- they need the right strategy and tactics at the C-suite level. The CIO is well-positioned to take on more and more responsibility in addressing those issues."

However, Smoley also recognises the IT leadership position is open to challenge. If a CIO is not skilled in delivering an IT-enabled business strategy, then there is a risk that some of those concerns could be picked off by some of the new entrants to the C-suite, such as the chief digital officer or chief data officer.

"When you get to the C-suite, it's a beauty contest," says Smoley. "The basic requirements are that you need to be competent and you need to know your stuff. A key component of your role will always be performance, but there's another set of components that relate to behaviour, attitude and popularity."

Smoley says all senior IT leaders must recognise the C-suite is a competitive place. CIOs might find, for example, that some of their peers have technology experience or that they have helped run an IT-focused business. Successful CIOs embrace the boardroom battle and meet the challenge for supremacy head on.

"The CIO used to own the technology domain -- increasingly, everybody has got opinions," he says. "And when that's the case, your success comes down to how effective you are and whether your objectives relate strongly to the goals of the broader business."

VIDEO: The rise and rise of the CIO 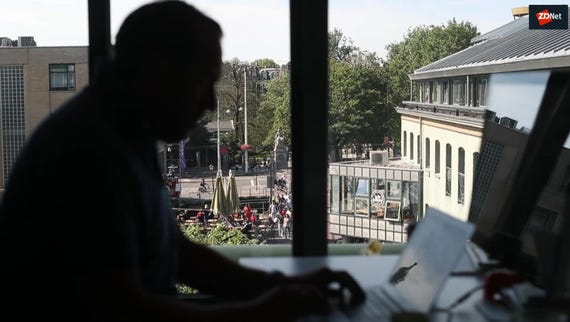 The rise and rise of the CIO
Watch Now

Join Discussion for: Career prospects in technology: How far can...