Part of a ZDNet Special Feature: The Evolution of Enterprise Software

Full Bio
on May 3, 2013 | Topic: The Evolution of Enterprise Software

When CFO Steve Umpelby arrived at the London offices of top interdealer broking firm Compagnie Financière Tradition in 2010, he found all the right things going on in terms of legal and regulatory requirements.

But when it came to analysis there was a yawning gap. The organisation, which acts as an intermediary in trading derivatives and other instruments, depends on the performance of its brokers for its financial health. Yet despite plenty of figures on how much individuals and teams were bringing in, there was little fact-based understanding of their true contribution against costs.

Despite the downturn, it looks as if demand for business-intelligence software will remain strong thanks to big data and untapped departmental demand.

His immediate answer was to hire an Excel specialist, who set about looking at broker performance, laboriously correlating data such as the 400 to 500 brokers' pay and bonuses from HR, with travel and entertainment costs and the numbers held in IT timesheets.

The resulting reports appeared two or three times a year, at first taking up to two-and-a-half months to produce each time with a large amount of figure-checking, according to Tradition EMEA CFO Umpelby.

"Which is OK if everything's going well, but not great if you're in a declining market and you need to take action quickly," he said.

Umpelby explained that one of the reasons for needing to do things faster is that many of the brokers have contract clauses stipulating a failure to produce certain revenues can lead to a salary cut and ultimately the sack at no cost to the company. But to enforce the performance clauses the broker has to be notified within either 14 or 28 days of the end of period.

"Given it was taking us over two months and then down to a month and a half to produce the reports, we could never enforce them," he said.

With the manual Excel process becoming increasingly cumbersome, Umpelby began to look for better technology to speed up the analysis and make it more robust.

"We wanted to produce a profit-and-loss account by broker. We needed to know who was profitable and who wasn't, so that when it came to contract renegotiations we were doing it based on data rather than just gut feel and bluster," Umpelby said. 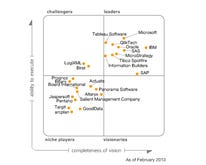 "But the Excel was getting too unwieldy. There were occasions where we were finding errors in it. As well as taking a long time to produce, it also took a long to time to check because the data was coming from different sources and changed each month."

Umpelby stipulated the functionality the new analytics software would have to offer, while his colleagues in IT ensured that possible products would fit the firm's IT infrastructure and allow datafeeds from existing systems.

In the end Tradition, which employs about 2,400 people in 27 countries, worked with analytics specialist Cubewise and opted for IBM's Cognos Express business intelligence software.

"In very simplistic terms, it felt to me like Excel. It had the flexibility of Excel — because all accountants love Excel — but at the same time it had a lot more robustness in terms of its calculating capacity and its ability not to fall over. It also had a far better ability to take in the data from the various different systems that we needed to," he said.

The hardware demands for Cognos Express were relatively light — a new production server and a backup — and there were few teething problems cleaning existing data and getting it into the new system. But now Umpelby can press a button to generate a report showing brokers' profit and loss accounts, which after a quick check can go out to business heads.

In a market with falling revenues, the business intelligence software has played its part in providing more accurate data for the cost and job reductions that have taken place at the company. 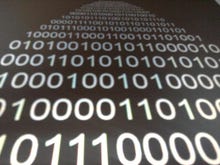 Are we still viewing 21st century organizations through a 1990s window?

"Previously it would have been down to gut feel from the business management. Gut feel might have got 80 percent of it right but it might have got some things wrong as well. The management know who's doing what but previously they didn't have the data to back it up."

With the business shifting more towards electronic broking, the company is also using the Cognos system to get a more precise picture of the platform development costs. The old spreadsheet and timesheet files became too big to manage after six or seven months and offered no method for recharging costs accurately to the businesses that had incurred them.

In fact the Cognos system is now used not just for IT timesheets but for cost allocations across all the business lines and generates reports for the board and executive management committee.

The system is also flexible enough to take on other new tasks, according to Umpelby, who wants to be able to use it for more client and transaction analysis, including developing a more detailed picture of how the brokers override ratecards for commission on particular trades.

"We have an AS/400 system that's got loads of data, but it's just difficult to analyse and produce reports. So one of the things we want to be able to do is dump that data into Cognos and analyse it and set up parameters so that it throws out the exceptions for us to look at. That will help us both on revenue leakage and our compliance aspect," he said.

Umpelby added that Tradition is starting to use the system as part of its stress testing and analysis for financial regulations. He pointed out that it is all these new capabilities that justify the acquisition of the system, rather than the broker profit and loss accounts and the IT cost analysis.

"We wouldn't have got it just for those two things. It's debatable whether it's covered its own costs based on those two things or whether me just hiring another spreadsheet jockey could have achieved the same, albeit with less reliability," he said.

Now the Asian arm of the business is looking at the system and may go down the Cognos route, according to Umpelby, who has also shown it to his US colleagues.