Intel's Wireless Display (WiDi) isn't the only solution for streaming video from PC to TV. The Wireless Home Digital Interface (WHDI) standard is increasingly popular for transmitters you can plug into a PC, game console, tablet or phone to send video to up to four TV screens and projectors at once (and more in the future).
Written by First Take , Previews blog log-in on Jan. 19, 2012

Intel's Wireless Display (WiDi) isn't the only solution for streaming video from PC to TV. The Wireless Home Digital Interface (WHDI) standard is increasingly popular for transmitters you can plug into a PC, game console, tablet or phone to send video to up to four TV screens and projectors at once (and more in the future).

WHDI uses the same unlicensed 2.4GHz band as Wi-Fi, but the protocol is different and — according to WHDI backer Amimon — more efficient. Certainly the video quality we saw on-screen at CES was excellent. 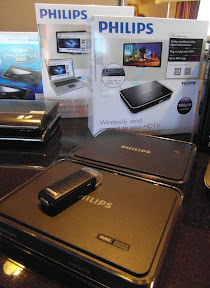 WHDI receivers are large, but the transmitters are small enough to embed in devices

WHDI receivers include a simple remote control you use to choose the device you want to stream from using a simple on-screen menu. 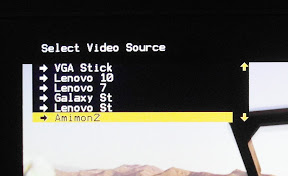 What Amimon showed at CES was the latest WHDI adapters from major manufacturers like HP, Belkin, Iogear and Philips (based on the smaller, cheaper, second-generation WHDI components) interconnecting to stream video from different devices to multiple screens.

One of those devices was a Lenovo IdeaPad 7 with built-in WHDI support. After choosing the tablet as the source you see the tablet interface on the TV; choose an app like a photo viewer or video player and images and videos play full screen. You can use the standard tablet features like pinch-zooming with your fingers on the touch screen; the low latency of the WHDI connection makes this natural because as you zoom on the tablet, the picture zooms in on the TV screen without any lag. It's fast enough for controlling apps or even playing a game. 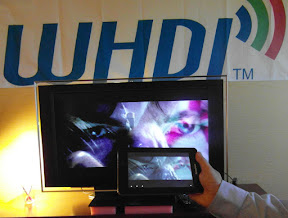 Streaming a movie from an Android tablet to a TV; it's playing on three other screens as well

Embedding WHDI in a phone will need the single chip that Amimon expects to be manufacturing by 2014; that will be 50mm by 50mm and will need only 300mW for 720p video and 500mW for 1080p. With the screen off, that means streaming video won't use too much power — and unlike WiDi, there's no need for compression and decompression of the video signal, because WHDI can send the standard video output you're seeing on-screen anyway. Even without the lower-power chip, the Lenovo tablet was managing to stream video for several hours before the battery ran out.

Several ODMs have protoype WHDI-enabled iPad and iPhone cases that should be on sale this year. These use the current (larger and higher-power) chip, so they also have a built-in battery. There are also dongle designs to work with multiple mobile devices using adapters. 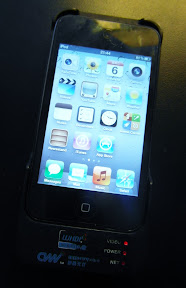 This prototype WHDI iPhone case is a little chunky, but it includes both the transmitter and a battery 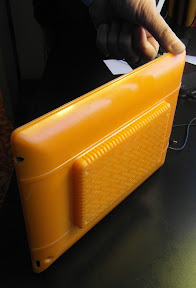 Again, this prototype iPad case has a battery so you can stream video for longer

An ODM prototype combination WHDI transmitter with snap-on adapters for iPhone, iPad, USB and other connectors so you can use it with multiple devices 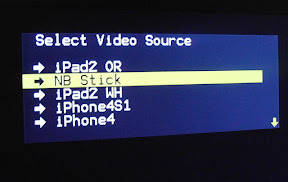 Select an iPhone or iPad like any other source 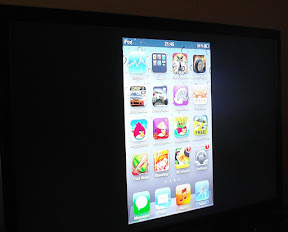 Navigate the iPhone interface on the TV screen 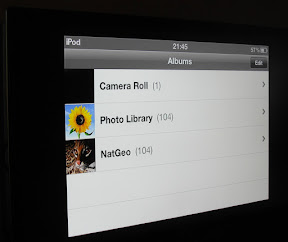 Especially with a tablet or smartphone, WHDI could be a great way to give a presentation; instead of juggling a mouse or a remote control, you could run a video or slideshow directly from your device. Today you'd have to carry the WHDI receiver as well, but once the standard is built into monitors, TVs and projectors, it's going to be a convenient connection for business as well as entertainment. Amimon expects to see WHDI embedded in some devices this year, but believes it will take longer to come to TVs as many manufacturers are trying to build their own app ecosystems instead of just being a second screen for the apps and devices you already have.

How to connect your laptop to a TV quickly and easily

Is a 55-inch TV big enough for your room, and which are the best?