Full Bio
Posted in Between the Lines on December 21, 2010 | Topic: Laptops

The 2011 version of the Consumer Electronics Show in early January has a tall order: Highlight upcoming technologies and make sure they actually deliver.

At CES last year, there were a bevy of technologies that just didn't quite pan out. Who can forget Microsoft CEO Steve Ballmer talking about slate PCs and then Apple's iPad rewrote the rules? Just in case you forgot, here's the video. 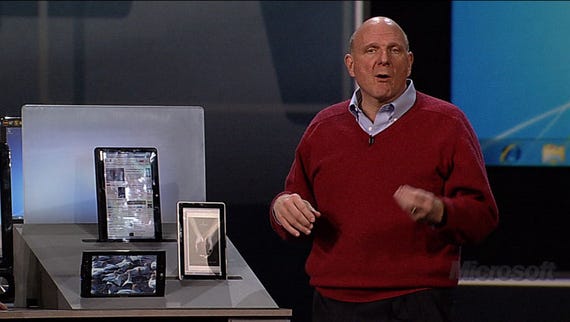 How about 3DTV? That technology was supposed to change our lives. Yeah right. How about all of those startups that were aiming to kill Amazon's Kindle only to disappear before hitting the starting line? Enthusiasm for Palm? That was so 2009. Now Palm is part of Hewlett-Packard.

When I reflect on last year's CES, few technologies really lived up to the advance billing. In fact, Microsoft's Kinect and Ford's in-cabin software effort were the only two technologies that really gained traction.

With that in mind, here's what I'm hoping CES 2011 provides in terms of clarity.