Chinese regulators are investigating Microsoft for anti-monopoly claims over its Windows operating system.

China's State Administration for Industry & Commerce (SAIC) announced on its website that an unnamed senior vice-president and other senior executives at the Redmond, Wash.-based software giant are also under investigation. 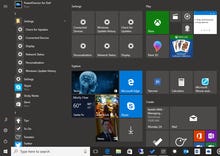 The regulators had made copies of the company's financial statements, contracts, and other documents from company servers, but warned it could not complete its investigation, as Microsoft's key staff are not based in China, it said.

Complaints from other unnamed companies prompted the raids, the regulator added.

Microsoft is accused of violating China's anti-monopoly and antitrust law since June, for issues over compatibility, bundling of software, and document authentication.

It comes just weeks after The South China Morning Post noted that the Chinese government had been worried about Windows 8 .

But much of the details remain under wraps.

It comes as tensions between US technology firms and China are under close scrutiny in the wake of the Edward Snowden leaks, which riled China considerably. The US and China have suffered impacted relations over the years over claims of state hacking and rampant software piracy.

Microsoft is not new to antitrust complaints, either in the US or in the European Union.

That said, China has been known to go after technology companies, such as Google in 2011, which prompted the search giant to leave the country.