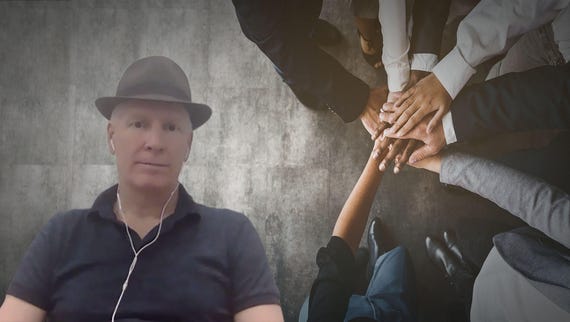 Social VR: A platform and economy for entrepreneurs
Watch Now

With all the focus on curved screens, folding screens, and multiple screens in mobile devices, one can easily overlook the advances that projection has made in the past few years. Lenovo, the first champion of folding-screen PCs, has previously experimented with integrating pico projectors into its Yoga Pro line of tablets. But most of the work in small projectors has taken place in standalone devices, some of which have reached the dimensions of smartphones (albeit thicker). They have been great tools for presentations on the go, particularly when one can't find a conference room permutation of video cables and connectors that are on speaking terms.

Beyond that, the practical shortage of suitable screens or wall space, the demands of low light, the ubiquity of functional flat-panel screens, and the rise of casting technologies have limited the spread of projector technology. And the small explosion of USB-C portable displays currently attacking crowdfunding networks may grow to limit it further. Recently, though, one company with an unusual focus on the kids' market has introduced a novel application for its projector that could inspire new ways to experience 360-degree media.

Cinemood markets a small Wi-Fi-enabled cube-shaped projector designed for use by 2- to 8-year-olds. While the device can access Netflix and a few other services (and virtually anything via casting), it's positioned as a way for parents to offer digital entertainment to kids without having children's attention fixated on a handheld device. The target age range tops out at around the age that many kids are getting their first smartphones and also where their tolerance for ad hoc projection onto what may be less than ideal surfaces tends to top out.

But just because Cinemood may be an alternative to smartphones doesn't mean that it can't take a few cues from them. The company has added sensors that help the device understand where it is in space. As a result, its image can pan around a 360-degree game, photo or video projected onto walls. For example, a child could play a virtual game of "hide and seek" where a character moves to a different part of the room after it is "found" in the projector field of view. The experience is similar to the delightful smartphone-based "Spotlight Stories" originals that were developed by Motorola and recently discontinued by Google. Cinemood estimated that its new projector can work with about 70% of 360-degree content -- that includes photo and video spheres.

In addition to games, a great deal of educational content has been created in 360 degrees. Much of this was published during the heyday of Google Cardboard, and, in light of Google's diminished VR efforts, it's unclear how much investment media brands will be willing to make. The success of Facebook's Oculus Quest represents a mixed bag for cheap VR content, as buyers of that product are seeking out more immersive, higher-resolution experiences.

While aimed at kids, the Cinemood 360 does not have a juvenile industrial design. At less than $500 and offering hours of battery life, it offers intriguing opportunities for a range of business applications in sectors such as retail, education, and travel. High-quality photo and video spheres are getting easier and less expensive to create thanks to options such as the GoPro Max and the Insta360 One X. The projector offers only a small window into the expanse of such media at any given angle, but it provides the major advantage of not requiring any socially obstructive headgear and enabling a shared view.

The experience could be optimized with a bit of planning that could be as simple as a few easily stored screens set up in a square or a small room with white walls. Down the road, a version with depth-sensing cameras that could create augmented reality projections could represent a useful shared experience alternative to mobile devices and pricey headsets.

How 5G will affect augmented reality and virtual reality
The low-latency properties of 5G offer promise for AR and VR applications, but converting promise to results will take time.

Dream or nightmare? Microsoft's VR swaps your real walking route for a virtual one
Microsoft's DreamWalker VR system lets you take a stroll on the street blindfolded without walking into a bus.

The best VR headsets for 2019
Here's the best doorway to another world: via PC, game console, phone or standalone.

Join Discussion for: Cinemood 360 is a child-focused projector...