Cisco talks a big talk when it comes to the value of the Internet of Things in the long run, but analysts and investors are likely more concerned with how that concerns revenue right now . 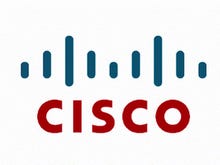 The networking giant reported a net income of $1.4 billion, or 27 cents per share (statement). Non-GAAP earnings were 47 cents per share on a revenue of $11.2 billion, both figures down by nearly eight percent year-over-year.

Wall Street was looking for second quarter earnings of 46 cents a share on revenue of $11.03 billion.

CEO John Chambers reflected on the quarter in prepared remarks:

We delivered the results we expected this quarter. I'm pleased with the progress we've made managing through the technology transitions of cloud, mobile, security and video. Our financials are strong and our strategy is solid. The major market transitions are networking centric and as the Internet of Everything becomes more important to business, cities and countries, Cisco is uniquely positioned to help our customers solve their biggest business problems.

Here are some of the highlights from Cisco's Q2:

For the current quarter, Wall Street is looking for earnings of 48 cents per share on a revenue of $11.34 billion. Cisco is expected to provide third quarter revenue guidance during the quarterly shareholders conference call at 1:30PM PT/4:30PM ET on Wednesday.

Chambers will also be speaking at the Goldman Sachs Technology and Internet Conference in San Francisco on Thursday.

UPDATE: Chambers followed up with revenue guidance, and it won't reassure investors with a forecast that revenue will decline between "six to eight percent."