Com Hem is the latest Swedish operator to quench the nation's thirst for speed with a new broadband service offering a downlink of up to 500Mbps.

The new high-speed service, launched on Wednesday, is available to over one million subscribers on Com Hem's HFC (hybrid fibre-coaxial) network, costing 899 SEK (€103) per month on a one-year contract. Advertised upload speeds range between 30Mbps and 50Mbps. 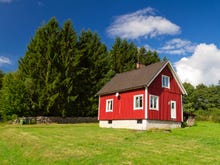 The first, the best, the lack of iPhone 5: Is Sweden's 4G crown slipping?

As part of our series of articles examining the 4G LTE landscape across Europe, ZDNet takes a look at how Sweden's fourth-generation services are measuring up.

With 613,000 digital TV subscriptions in the first quarter of this year, Com Hem is also Sweden's largest cable operator, but unlike its rivals, it lacks a mobile network to cater to consumers' growing consumption of mobile data.

Com Hem's 500Mbps offerings comes as a new class of home broadband is emerging in Sweden in the 1Gbps and above range. However, subscribers are yet to warm to this higher tier of products: according to PTS data, there were roughly 1,000 subscriptions in 2012 on 1Gbps or above.

According to the PTS, fixed broadband subscriptions with speeds of 100Mbps or more grew 41 percent between 2011 and 2012 to 755,000, meaning that roughly 16 percent of Sweden's 4.5 million households already well exceeding the 30Mbps the European Commission has stipulated the continent's citizens should have by 2020, under its Digital Agenda plan.

However, Sweden is a fair way off having all its citizens signed up to Digital Agenda-level broadband: there were 1.2 million households (around 26 percent) on subscriptions between 10Mbps to 30Mbps, while around 20 percent of the nation are still on connections with speeds of between 2Mbps and 10Mbps.

At the higher end of the spectrum, however, Sweden is well ahead of the UK where just 0.1 percent of subscriptions exceeded 100Mbps .

Sweden also had around one million fibre broadband subscriptions, up 16 percent year on year, with 60 percent of those on 100Mbps or over, according to PTS.