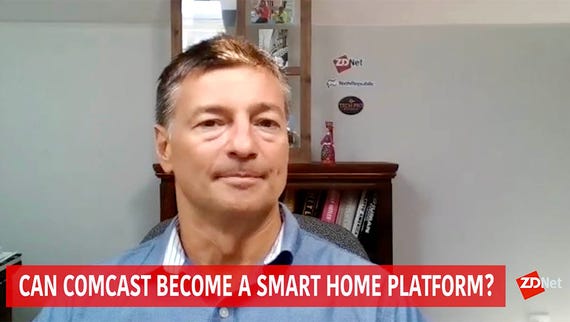 Comcast: Can it be the smart home platform?
Watch Now

Comcast on Monday launched its xFi Pods nationally in a move that aims to bolster its home networking and smart home platform efforts.

The addition of the xFi Pods follow the launch of its xFi Advanced Gateway and highlight Comcast's efforts to design hardware and be more of a smart home operating and automation system. Comcast is also betting that home networking platform bets can offset some of the impact to cord cutting.

Comcast is also using the xFi Pods to evaluate Wi-Fi signals and adapt to ideal signal bands and monitor performance of the network.

The xFi Pods, which use Comcast's hardware design language, will be sold in three packs for $119 or six packs for $199.