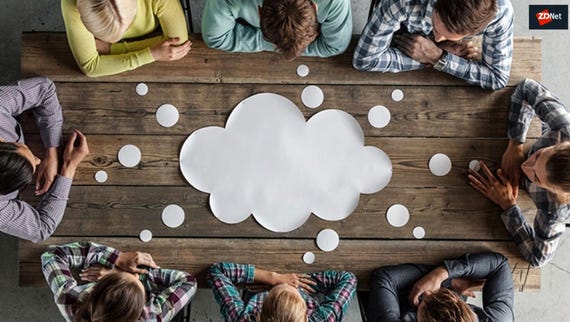 The Digital Transformation Agency (DTA) has released a Digital Sourcing Framework and proposed eight principles to underpin all digital and IT government panels, as part of a series of reforms it hopes will make Commonwealth procurement a less archaic process.

The Digital Sourcing Framework, developed by a team comprised of representatives from seven different government departments, followed consultation the DTA began in April, which placed a focus on opening procurement up to smaller firms.

"The feedback showed that there is broad support across government and industry for the principles of the framework," the DTA wrote this week, publishing a survey seeking further consultation. "We heard that there needs to be clearer guidance on compliance and monitoring responsibilities, and more tools to support the purchasing process."

In attempting to spread the AU$6.5 billion spent annually on IT by the Australian government, the DTA is now seeking feedback on the eight principals that will be part of the Commonwealth's Digital Panel Policy, which aims to help agencies source digital products and services; help government buyers use digital panels; enable new sellers to join panels more often than at present; and make using panels easier and clearer.

Must read: The Australian government and the loose definition of IT projects 'working well'

The DTA wants to see these principles be coordinated, overseen, and reported by a government oversight body.

The agency wants to avoid duplicating existing panels or categories within panels, and have the panel be used for commonly sourced, clearly-defined products and services.

Another principle of the draft policy is recommending panels be regularly monitored and assessed, as well as be open to all agencies with multi-agency access clauses.

It wants the panels to be open more often for new sellers to apply to join and to also allow for updates of pricing and categories.

Another principal is that panels be registered on a single cross-government digital platform, as opposed to the AusTender contract method currently used. Through a marketplace-like approach, the DTA is seeking ways to have consistent and user-centred design for requests for quotes, templates, terms and conditions, and reporting.

"All panels should align with these eight principles where possible. This includes established panels and those in the process of being created," the agency wrote.

Former Assistant Minister for Cities and Digital Transformation Angus Taylor revealed in November that since August 2016, SMEs have been awarded 75 percent of AU$50 million in technology contracts published on the Digital Marketplace.

However, during a Joint Committee of Public Accounts and Audit hearing in February, it was revealed that consultancy giants EY and PwC were classed as SMEs by the Australian government as a result of multiple subsidiaries or a number of ABNs registered to the parent company.

The definition of an SME is 200 employees or less, the joint committee was told.

Taylor, who considers Australia's approach to cybersecurity "world leading", and who last year called the Australian government a "big bureaucratic beast", believes that in order for the government to make good on its promise to undergo a digital transformation, it needs to change the way it procures products and services.

The Bureau of Meteorology, Human Services, Education, Finance, Defence, Prime Minister and Cabinet, the Bureau of Statistics, Veterans Affairs, and the Federal Court all have high-cost IT projects being watched closely by the Digital Transformation Agency.

Canberra to deliver platform and hosting strategies by November

Digital Transformation Agency CDO Peter Alexander has pencilled in delivery of the pair of Commonwealth strategies for the second half of 2018.

Labor concerned Coalition's DTA is evolving into an 'audit beast'

The shadow minister who would become responsible for digital transformation if Labor were to take power in the short-term has voiced his concerns over the evolution of the Digital Transformation Agency, asking for more accountability for transformation from ministers.

Recent research shows that companies are making a lot of efforts towards digital transformation. Here are eight ways to do things better in the new year.