Sky UK is still attempting to restore broadband and voice services in London after copper thieves caused outages over the past two days which affected tens of thousands of customers in the capital. 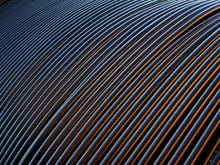 From next month, scrap metal dealers will no longer be able to deal in cash, under a legal crackdown aimed at combating thefts that regularly cause broadband and phone outages for BT customers.

This isn't the first time that copper thieves have caused network disruption in the UK , with this week's problems with BT's wholesale network knocking out services across London for 37,000 Sky users, according to Sky.

Sky reported yesterday that a malicious attack had disrupted broadband and voice services for customers in Dartford, Mitcham, Battersea, Wimbledon, Hampstead and Beulah Hill. According to its service status pages, the company has been trying to deal with the outage since around midnight on 11 December.

The company said that copper thieves had damaged a "large number" of Openreach's fibre cables while attempting to steal copper at a site in West London on 10 December. The damage there impacted 10,000 customers in Stamford Hill, Ewell and Chiswick. Sky said today that all London exchanges are now up and running again except for Chiswick.

TalkTalk and BT's broadband customers were also affected by the copper theft, according to The Guardian.  According to BT, however, it's wholesale rather than retail customers that have been hit by the problems: "An attempted cable theft in the Brentford area is currently affecting broadband and phone services for some customers in parts of West London. Openreach engineers are working to restore service to affected customers as quickly as possible. An estimated two thirds of customers have had their service restored already, and the remainder are likely to be reconnected over the weekend," the company said in a statement.

ZDNet has asked Sky and TalkTalk for comment and will update the story if any is forthcoming.

The latest damage caused by copper come in spite of repeated efforts by police and ISPs to combat the problem, including BT's SmartWater 'forensics' solution which it began trialling in 2010 . Location-specific SmartWater is sprayed onto cables and is meant to leaves traces on the thief, which should link suspects with thefts in particular areas.

Earlier this year two men were jailed for stealing hundreds of metres of BT's copper cables from its manholes.

Join Discussion for: Copper thieves knock out broadband for 37,000...