Dell will go private for $24.9 billion, following a shareholder vote in favor of the deal on Thursday.

The final deal is pegged at $13.75 a share, including a 13 cents a share dividend. At $13.88 per share, that amounts to $24.9 billion. The deal also means that when the company announces its next earnings report in November, shareholders will receive an 8 cents per share quarterly dividend. 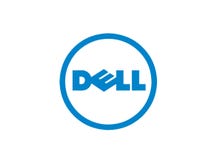 The computer maker is now valued at $24.9 billion, or $13.75 per share. Founder Michael Dell and equity firm partner Silver Lake's bid to take the company private is now closer than ever.

A breakdown of the overall vote has not yet been announced.

In prepared remarks, company founder and chief executive Michael Dell said he was "pleased" and "energized" to continue building up the PC maker. "As a private enterprise, with a strong private-equity partner, we'll serve our customers with a single-minded purpose and drive the innovations that will help them achieve their goals," he said.

By closing, Michael Dell along with investors will own aproximately 75 percent of the company.

According to the company, one of the main reasons behind the successful bid to take the company private was to accelerate the company's forward-looking strategy.

The deal is expected to close by Dell's fiscal third quarter next year, ending November 1, 2014.

'Not giving up on the PC any time soon'

On the analyst call, Michael Dell said the company will continue to expand its enterprise and services development in additional acquisitions and further investment. In spite of the PC market downturn, he said Dell will "expand our presence in emerging markets," as well as "investing in PCs, tablets, and the virtual computing market."

He noted though the recent PC market troubles, the company isn't giving up on the PC any time soon. That said, Dell noted its enterprise business continues to grow each year, and will become increasingly important as the firm dives deeper into new technologies.

The firm's strategy will remain on the most part the same, focusing on much of the same things, citing customer feedback.

Dell executives on the call said they could not at this time comment on any layoffs as a result of the deal, however.

Months in the making

The deal took months to come to fruition, spearheaded by Michael Dell. The path has not been an easy one, with attempts to derail the process or take the company out of the hands of the computer maker's founder.

Numerous Dell shareholders have opposed the Dell-Silver Lake buyout. Most notable of all was Carl Icahn's attempt, in conjunction with investment firm Southeastern Asset Management, to take on Dell's bid. But he hit a brick wall after his own bid was criticized by the company's special committee, tasked with finding the best bidder for the firm, as "inconsistent."

Earlier this month, Icahn said he was done with his bid  following news that the company's board approved the Dell-Silver Lake deal .

It comes at a time when the company is struggling with its core PC manufacturing business. Dell lost 3.9 percent in share  according to Gartner , or 4.2 percent according to IDC figures, in the last quarter alone. The global worldwide PC market is  expected to decline by 10 percent  through at least 2014, as the race to compete in the tablet space reaches its peak.