To be hosted either externally or internally.
Written by Asha Barbaschow, Contributor on Jan. 23, 2019 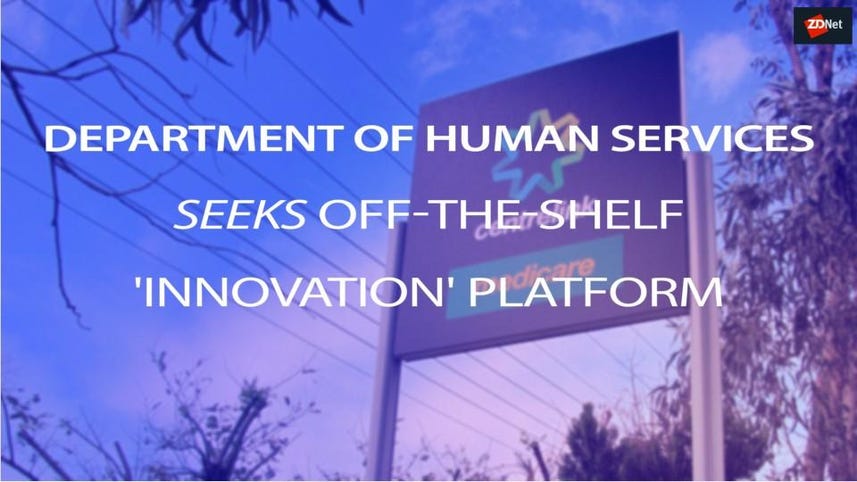 The Department of Human Services (DHS) is on the hunt for an innovation platform, looking for a vendor to supply a virtual solution for its 40,000-or-so users.

In a request for tender (RFT), DHS explains it is specifically seeking a commercial off-the-shelf solution to be either hosted within the department's data centre environment, or hosted on an external cloud.

The new platform will replace the existing solution, which will no longer be supported from May 2019.

The department's innovation program was launched in July 2015 in a bid to strengthen the innovation capability within DHS, and to "collaborate across the Australian Public Service".

Since inception, DHS said it has conducted various innovation exercises in a number of formats, most recently via the existing virtual platform this RFT seeks to replace.

"The proposed virtual platform will be adaptable to support challenge based (time boxed and specific) and open innovation (always open and diverse), while enabling idea contributors to stay informed on the status of their idea to assist with efficient closing of the loop processes," DHS wrote in the statement of requirements.

The department wants the virtual platform to allow users to see how ideas have grown throughout the process; it also wants the capability for feedback to be provided in an easy to track manner.

"The tenderer should have the capability within the proposed virtual solution, to undertake prototype or design sprint activities, to support the delivery of selected ideas," the department continued.

The contract will be for a period of 12 months, with the option to exercise two 12-month extensions.

The Digital Transformation Agency (DTA) has also this week gone live with a new "sourcing pathway" for Australian government entities to procure IT-related products and services.

The new pathway, the DTA explains, is a way for buyers to approach sellers directly for a quote or proposal through the government's Digital Marketplace.

"The new pathway, released this week, makes it easier for buyers who are clear on their needs and requirements to approach sellers directly for a quote or proposal," the government's agile arm wrote.

"Buyers can upload attachments that show detailed requirements, set closing dates and timeframes (with a minimum of 2 days) and request proposals in their preferred format."

The Digital Marketplace was stood up as a fast way to buy and sell with government, with the DTA attempting to spread the AU$6.5 billion spent annually on IT by the Australian government across to smaller players.

Currently, there are 275 entities registered on the Digital Marketplace -- 48 percent of which are from the federal government.

The DTA reports that 72 percent of that figure has been awarded to small to medium-sized businesses. However, during a Joint Committee of Public Accounts and Audit hearing in February, it was revealed that consultancy giants EY and PwC were classed as SMEs by the Australian government due to the two of them having multiple subsidiaries or a number of ABNs registered to their respective parent companies, casting doubt on the contracts awarded to the smaller end of tech town.

Human Services wants to get 'agile'

Standing up another government panel as a result.

Department of Human Services is building a new private cloud

DHS is moving to an 'elastic' private cloud sitting across x86 and IBM Power Systems hardware as part of its departmental transformation.

The Digital Transformation Agency revealed current IT projects across the Australian government are valued at AU$7.8 billion.