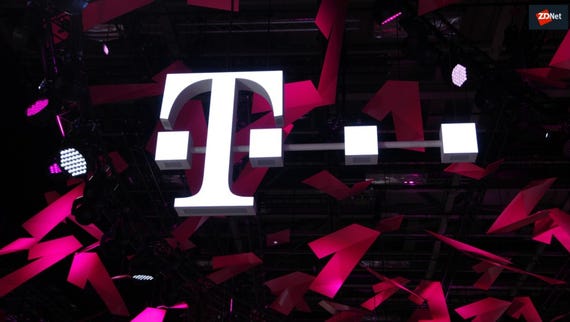 Deutsche Telekom and Vodafone Group have announced the completion of international roaming trials of narrowband Internet of Things (NB-IoT) technology across Europe.

The trials made use of low-power wide-area (LPWA) networks, which the GSMA said would "ensure seamless coverage and service continuity for millions of connections", such as in logistics tracking across the continent.

"Deutsche Telekom has successfully introduced and developed NB-IoT networks across most of its European footprint, and we are very pleased to see the ecosystem rapidly expanding," head of IoT for Deutsche Telekom -- which has also been working on deploying a 5G network with Ericsson -- Ingo Hofacker said.

"First commercial offers are available on a national basis already, but now operators need to satisfy customer demand for international coverage and service continuity as well."

According to the GSMA, its Mobile IoT Initiative has led to 51 licensed commercial mobile LPWA networks being launched by 20 mobile carriers globally, with 36 open IoT labs also allowing for carriers, device vendors, and application developers to create and test IoT products and solutions.

The GSMA is predicting 3.1 billion cellular IoT connections including 1.8 billion licensed LPWA connections, such as NB-IoT and LTE-M, by 2025.

"The success of these trials is an important milestone in the development of a sustainable roaming environment for mobile IoT networks, showcasing their capabilities as well as ensuring consistent service across geographical boundaries," GSMA CTO Alex Sinclair said.

"The market has matured considerably in a very short time, and we anticipate that this will be the year that mobile IoT scales. Undoubtedly this is because only licensed, managed mobile services can provide the secure low-power connection that can meet future demand."

Vodafone has been focused on NB-IoT globally, launching an NB-IoT research and development (R&D) open lab two years ago with Chinese technology giant Huawei in Newbury, UK, to work on technology and applications.

Following the launch of its NB-IoT network across six cities in Spain in January last year, Vodafone deployed NB-IoT networks in Australia, New Zealand, and Germany during 2017.

"We're developing a platform that makes sure that beer kegs never go missing, and they don't get lost, damaged, and stolen, and also that the beer they serve on tap ... is fresh, just as the brewer had intended it to be," Binary Beer CEO Michael Burton said last month.

"So to do that, we've developed these IoT sensors that attach to the beer kegs ... that can send data in real time back to the brewer."

In choosing to go with Vodafone's NB-IoT network for the platform, Burton explained that Binary Beer had launched at a time when LoRaWAN towers were being built; however, he said these were being rolled out "very slowly", with the company also concerned about needing coverage across the entire nation.

"The trouble was we wanted to go to market now ... even with some of the commercial providers that are out there as well, our issue is that these kegs can be just about anywhere, and we need to be able to track them no matter where they go," he explained.

"So the only way we could go to market quickly is to depend on the existing network of coverage that the kegs can talk to, and that means something like Vodafone's NB-IoT network."

Singtel's narrowband Internet of Things network, announced last August, has been deployed across the city state.

Huawei to launch NB-IoT testing and certification centre in Australia

Huawei is providing the equipment and support for JCU and Enex TestLab to set up a NB-IoT testing and certification facility in northern Australia.

Samsung Electronics' Connect Tag is the first of its kind to use the NB-IoT network, and can be used to track pets, children, and personal items.

Telstra has used CES 2018 to announce the launch of its NB-IoT network across all capital and major regional cities in Australia.

T-Mobile outlines pricing of $6 per device per year for a limited time.

At MWC 2018, Cisco announced the commercial availability of their Jasper Control Center for NB-IoT platform with service provider partners in China, Australia and Singapore.