AWS and Vodafone's year-long partnership on 5G is taking shape in Europe, with a commercial center due to open in London in 2021.
Written by Daphne Leprince-Ringuet, Contributor on Dec. 2, 2020 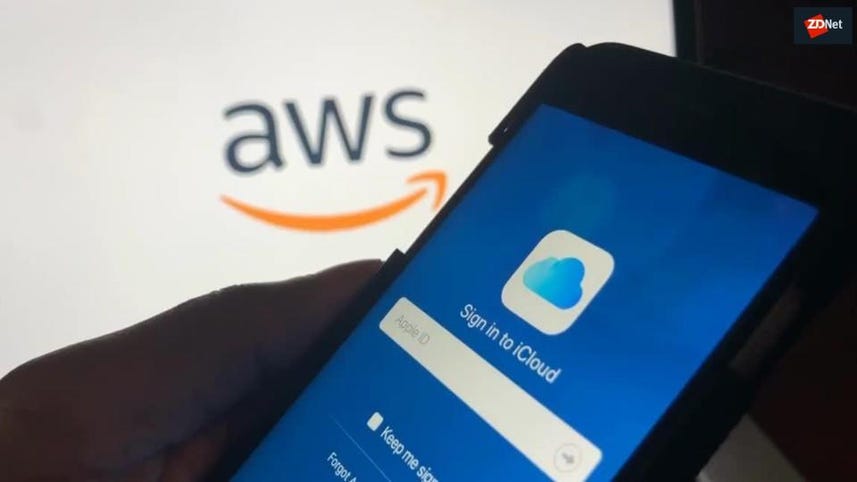 To let developers play around with faster connectivity, Amazon's AWS is bringing cloud computing and storage to the edge of some European 5G networks from next year, thanks to a partnership with telecoms company Vodafone that will see the service soon rollout to the UK and Germany.

The cloud giant unveiled the collaboration with Vodafone last year during the 2019 edition of its re:Invent event, announcing plans to embed AWS Wavelength in the European company's 5G networks. Wavelength enables AWS to bring cloud computing and storage to the edge of telecommunications providers' 5G networks, and is designed to let developers experiment with the ultra-low latency enabled by 5G-infused edge computing.

Vodafone has been piloting the technology for one year in two beta trial sites in the UK, and has now announced that a commercial center will open in London in the spring of 2021, providing an ultra-low latency zone for application developers and business customers to test and trial new ideas. The center will leverage Vodafone's 5G network in the UK capital, and the low-latency zone will extend to other areas including Oxford, Cambridge, Birmingham, Bristol and Cardiff.

A beta trial location is also due to open in Dusseldorf, Germany, and is planned to eventually follow the UK's lead in becoming an innovation hub for developers in the area.

Vinod Kumar, the CEO of Vodafone Business, said: "Working with AWS on edge computing means we are making it simpler for both independent software vendors and our customers to experiment with this emerging technology. We're doing this by offering an incubation space to create and test applications that we can then industrialize and scale."

With edge computing and 5G often portrayed as technologies that go hand-in-hand, the collaboration between AWS and Vodafone is unsurprising. Faster connectivity and high responsiveness will effectively be key to unlock the full potential of computing processes carried out at the edge, and to deliver the value of a decentralized cloud.

This is why Vodafone has developed a service called multi-access edge computing (MEC), which, through partnerships with cloud providers, fits the company's 4G and 5G networks with IT services that are capable of analyzing, holding and processing data at the edge.

Vodafone's MEC is enabled by AWS's Wavelength, but also includes collaborations with Microsoft Azure, Google, IBM and Alibaba. According to the company, the technology recently achieved a response time of ten milliseconds between the base station and the location where the MEC application server was hosted – which compares well to average mobile data response times that stand between 50 and 200 milliseconds.

Vodafone and AWS have been working with various companies during the pilot phase of their collaboration, and some of them have already built and deployed applications in the test facilities. Airspace security company Dedrone, for example, has used the AWS Wavelength-powered MEC to provide early detection, classification and location of drones; while communication platform Groopview has been testing synchronized viewing services that let users remotely watch and chat over streaming video, as if they were physically together.

HERE Technologies is a location data and technology platform that helps vehicles detect obstacles ahead. The company worked with AWS and Vodafone to process sensor information on the edge, and distribute information to road users in real time.

"We're excited to work together with Vodafone Business and AWS to trial what MEC and 5G can support when location intelligence and real-time connectivity come together," said Michiel Verberg, the director of technology at HERE Technologies. "These cutting-edge technologies are the foundation for the transport of the future and will underpin powerful new services that improve people's quality of life, such as safer driving."

To encourage more users to come up with new ideas, AWS and Vodafone are also launching a three-month innovation program that will provide training in edge computing to start-ups, businesses and freelance developers. Participants will be asked to develop and test a proof-of-concept for a 5G application using AWS's Wavelength, and 20 projects will be selected next March to access further technical support and build a fully-fledged pilot deployment.

In addition to Vodafone's European locations, AWS is also rolling out Wavelength in various US cities through a collaboration with Verizon, and has also signed partnerships with telecoms providers in Japan and South Korea.