The UK's telecoms regulator Ofcom is introducing new rules to make it easier for customers to switch broadband and landline providers. 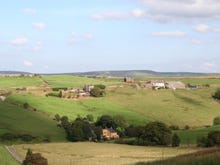 How grassroots broadband can succeed where telcos fear to tread

Slow broadband in rural areas is often a fact of life for local inhabitants that has to be endured until one of the big telecoms operators decides it's economically viable to extend their network. It's not easy, but not-for-profit grassroots community projects can provide an economically viable alternative.

Broadband and fixed-line users in the UK will only have to ask their new service provider to handle the process for switching providers from now on.

The new "single switching process" means consumers will no longer have to rely on their existing provider, which in Ofcom's view, have an incentive for making the process difficult.

Such a process is actually already in use for most landline and broadband switches, according to Ofcom, but the new rules ensure the industry settles on a standard that's better for consumers.

"The move towards one clear and simple system led by the gaining provider will result in a switching process that works in consumers’ best interests," Claudio Pollack, Ofcom's consumer group director, said in a statement.

"We will now be working on further measures to improve consumers' experience of switching."

Providers will need to keep records of customers' consent to switch, improve processes to ensure service continuity during a switch, and provide details that could affect consumers' choice about switching, such as termination charges.

Ofcom said it may tackle switching rules for pay TV and mobile switching processes, but the immediate focus is on implementing the rules for landline and broadband.

Ofcom has opened a consultation process for the new changes that will close on 2 October 2013 with plans to finalise details by early 2014. The new single-switch process will come into effect within a year from that, according to Ofcom.