The new feature was designed for contingent workers who need to display their work in a professional manner to gain business, while also measuring engagement with the content displayed.
Written by Tas Bindi, Journalist on Oct. 17, 2017 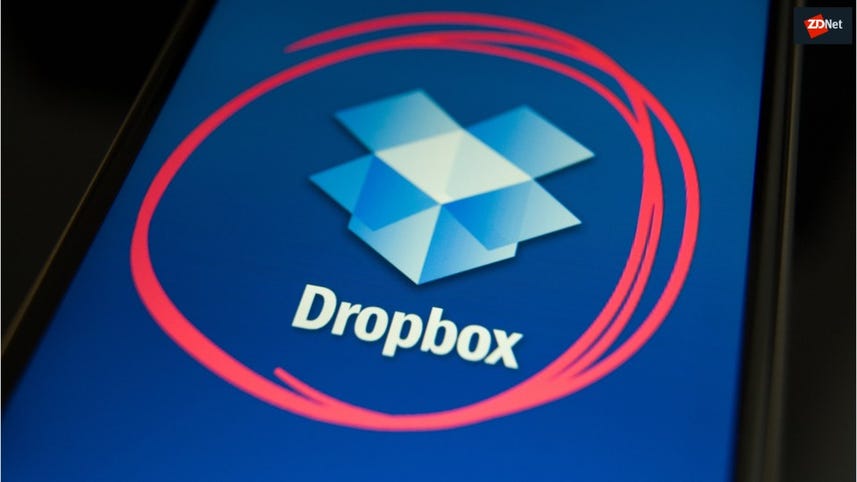 A new Dropbox feature, called Showcase, will enable users to display content on a branded page while tracking engagement.

The company said on Tuesday that Showcase is designed to allow users to pull their Dropbox content onto a single branded page with visual previews, customised layouts, and captions.

Additionally, users are able to track who views, downloads, and comments on their files -- whether it's an image, video, PDF, or other type of document.

"Imagine I was a freelancer and I was pitching for a new piece of work or consulting gig and I wanted to showcase some of the work that I've done in the past. Maybe I had some great marketing campaigns that I'd done ... or I might have different pieces of content that I wanted to show to potential prospects. Because of the analytics in it, I could see what was resonating with my potential clients," Tony Ward, head of ANZ & SEA at Dropbox, told ZDNet.

"So if they were all opening the PowerPoint presentation about building great brands, but nobody was looking at my ROI analytics which was an Excel spreadsheet, maybe tailoring what I would use might help me to win business and ultimately look more professional or look like a big business even though it's just a one-person operation or a small team."

The displayed assets also remain up-to-date even after changes are made to them because they're synced with Dropbox, the company said.

"With Showcase, if I had the Excel spreadsheet sitting in Dropbox and I made changes to the spreadsheet, it will be reflected in Showcase."

Showcase is available on a number of subscription plans including Dropbox Business Advanced, Dropbox Business Enterprise, and the company's newly-introduced Dropbox Professional, a new plan aimed at contingent workers and individuals within organisations looking to use some of the features available to business customers.

Ward said contingent work is on the rise not just in Australia, but globally. Citing recent statistics from McCrindle Research, he said the proportion of Australians working on a part-time or casual basis has tripled to about 30 percent in the span of a generation.

Additionally, more than 75 percent employers believe that it will be the norm for people to pick up extra work through job related websites or apps such as Uber, Airtasker, Freelancer, and Deliveroo.

"One of the things that we noticed -- and we actually did the research -- is that 70 percent of the people that bought Dropbox Plus were using it for work, and some of the features that are in our Dropbox Business products aren't in Plus. So we realised there was a gap in our product portfolio based on what our customers were telling us," Ward said.

Smart Sync manages cloud files as if they were local, allowing users to access all files and folders on their desktop, but without occupying a lot of storage space on local hard drives. Online-only files can be accessed with a simple click to sync on-demand.

The feature is cross platform and backwards compatible, meaning it works across a number of devices and operating systems -- something Dropbox has claimed is an industry first.

Dropbox Professional, which is available for AU$279 per year, also includes 1TB of space, as well as "more intelligent search" across files including those scanned with optical character recognition using the Dropbox Doc scanner; data protection and security features such as 120-day version history, mobile offline folders, remote wipe capabilities, and two-step verification; and priority chat support during certain hours.