Full Bio
Posted in Between the Lines on September 11, 2018 | Topic: Artificial Intelligence 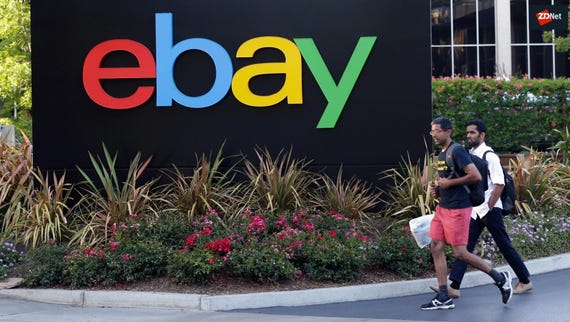 eBay is releasing new technology developed by its computer vision team that it says has the potential to transform the way people with motor impairments physically navigate through different applications. Dubbed HeadGaze, the technology leverages Apple's ARKit and the iPhone X camera to track a user's head motion so they can navigate the screen sans hands.

Similar to how a mouse navigates the cursor on a desktop, HeadGaze activates a virtual stylus that lets users point to any location on the screen with their head and activate designated "buttons". Meanwhile, eBay said the technology's design allows developers to easily integrate its features into existing or future apps with minimum code change.

The technology -- spearheaded by eBay intern and PhD candidate Muratcan Çiçek, who himself lives with extensive motor impairments -- is available via open source on GitHub.com starting today. In a blog post, Cicek said the technology has implications beyond the e-commerce industry, ranging from health and wellness to simple hands-free convenience. As Çiçek writes:

HeadGaze enables you to scroll and interact on your phone with only subtle head movements. Think of all the ways that this could be brought to life. Tired of trying to scroll through a recipe on your phone screen with greasy fingers while cooking? Too messy to follow the how-to manual on your cell phone while you're tinkering with the car engine under the hood? Too cold to remove your gloves to use your phone?

eBay has made a number of technology-related announcements so far this year. Last month the company rolled out a series of API updates designed to spur marketplace growth through better buyer experiences. The e-commerce player has been focused on the developer community for the last couple of years as part of its growth plan, acknowledging that external developers drove more than $9.6 billion of gross merchandise volume globally and created more than 2.1 billion new listings in the first half of 2018.

A week ago eBay revealed that it had built its own servers as it works to replatform its backend infrastructure. The company also intends to make the server designs available to the public via open source in Q4 of this year.

Also: eBay works to create an e-store just for you CNET

The Interests feature aims to show shoppers products that are individualized to their preferences.

The company has also teamed up with Square Capital for seller financing.

eBay ramps up developer strategy with series of API updates

The e-commerce player has been focused on the developer community for the last couple of years as part of its growth plan.