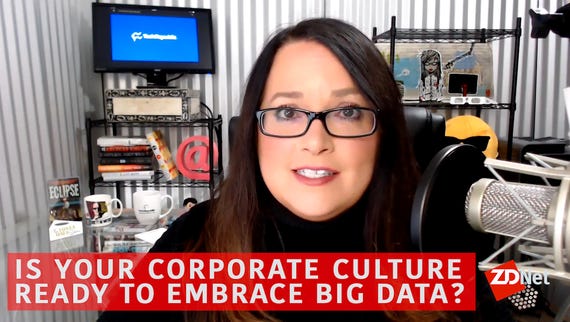 Data is an invaluable asset, and Australian government agencies and departments have a lot of it. But, with data-focused projects, initiatives, and "champions" present within multiple public entities, there are still barriers holding the public sector back.

One such barrier, as IP Australia chief data officer Kevin Jeffery told the 4th Australian Government Data Summit in Canberra earlier this month, is the misunderstanding of what business function data falls under.

"People didn't think data was an asset but they thought it was easy," Jeffrey explained. "The other issue I came up against was that data was an IT thing."

Changing the mindset of who exactly should care about data is one thing, but Jeffery said it is also about attempting to encourage change to business practices and introduce some level of standards and governance in an agency that "has a lot of baggage". That baggage, he explained, is culture.

When attempting to restructure the way data is used, Jeffery said he was met with hesitation, and staff were hesitant to give the project another go, even under different leadership.

"If we've done data stewards 11 times before and we've failed ... you've been in the agency a bit too long," he laughed. "The average stay in IT strategy is over 15 years -- we do have a strong village culture that does lead to a bit of baggage ... everything you try to do has apparently been done before."

But he said "champions" -- those helping lead the change -- are crucial, and his agency is getting there.

It was a similar experience for New South Wales Information Commissioner Elizabeth Tydd, who agreed there are barriers to open data and its use within government, but the barriers aren't stemming from citizens, rather the public sector.

She said many government entities aren't aware of what data they can share, and are concerned over the security elements of sharing it. Although not a bad thing to be mindful of privacy and security, Tydd said the solution many government departments were taking was to not share anything with other agencies or with the public because the concept of open data wasn't actually understood.

Across the ditch, the concerns within government are very similar.

"I think all of our lives would be considerably easier if the technology and the data were the only things we needed to think about," said Annette Cooper, Data and Analytics lead at the New Zealand Defence Force. "[People] are the hardest to manage because when they're sitting behind a keyboard they can do whatever they like."

For Cooper, however, a culture of complacency has been born from a climate willing to embrace technology.

"I think what has happened is we've swung that pendulum too far now and trying to act as though harnessing the power of data will remove the need for thinking," she explained.

"Data, numbers, information are all inputs into the decision-making process and what's been lost in all this process of focusing on data, is critical thinking skills that everyone in an organisation needs to really understand what data tells them."

In attempt to rectify this culture, the department heads are reporting, the Australian Public Service Commission (APSC) has embarked on a program of work with the Digital Transformation Agency.

The program comprises three main projects with the first looking specifically to attract digital professionals into the public service; the second aiming to develop digital skills within the public service, with a looming technology skills shortage making it hard for the government to take the lion's share; and the third is addressing the cultural change that needs to happen for the Australian Public Service to drive its digital transformation -- a digital leadership program targeted at senior executives.