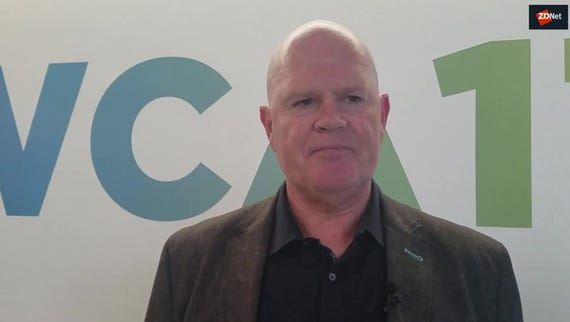 Ericsson has announced that it will provide the technology behind a smart cities traffic solution currently being implemented in Dallas, Texas.

The solution is designed to ease traffic congestion by the use of an interface to automate and facilitate systems monitoring, performance monitoring, management, and maintenance, with the ability to share data across cities and countries.

Ericsson began implementing the Advanced Traffic Management System (ATMS) using its Connected Urban Transport solution in the City of Dallas at the end of last year, with the system to be operational by 2020.

"The Connected Urban Transport solution will give the City of Dallas and adjacent cities the ability to aggregate and analyse diverse, real-time data from traffic sensors and cameras to dynamically control traffic lights, school flashers, and message signs," Ericsson explained.

"The solution will allow the City of Dallas to expand its knowledge about traffic issues and assist with operational decision making to improve traffic flow."

The system includes a so-called secured ecosystem for sharing data and system services with organisations including transport service providers and travellers; a dashboard with central overview of all systems statuses; KPIs for monitoring and tracking the city's goals and the performance required by suppliers' contracts; and automation whereby systems can trigger or notify other systems.

Ericsson has similarly been working with the City of Las Vegas on smart city applications, in July completing a series of narrowband Internet of Things (NB-IoT) connectivity live network tests in partnership with T-Mobile.

One of the primary aims of creating a smart Las Vegas is to improve congestion at major intersections for vehicles, pedestrians, and bicycles, City of Las Vegas CIO Michael Sherwood said last year, which will involve using the data collected to reroute vehicles, improve the efficiency of traffic lights, and increase public safety.

"Using IoT technology now, we're able to look at the intersection in ways we've never looked at it before, using assets we already own. We own streetlights, we own these signal interchanges," he said.

"We're actually able to use the analytics now to look at the intersection at night and see that you're the only car there, so instead of the timer-basis that we use today ... now the camera technology can look at that and make changes."

Ericsson has largely been focused on enterprise IoT and working with telecommunications carriers globally on rolling out IoT networks and creating open IoT platforms for enterprise customers.

The networking giant unveiled a suite of network services for "massive Internet of Things" (IoT) applications in July last year, saying it "packages a broad range of radio network services together to enable operators to smoothly introduce Internet of Things applications on their networks" and works across both Cat-M1 and narrowband IoT (NB-IoT) networks.

"There will be 18 billion connected IoT devices in 2022; this massive uptake requires a different approach to network planning, design, operations, and capabilities than traditional mobile broadband networks," Ericsson's head of Business Area Managed Services Peter Laurin said at the time.

Large organizations with deployments of IoT security cameras, DVRs, and sensors will be especially impacted by ransomware's pivot from the desktop to IoT, says IBM Security's Caleb Barlow.

At CES 2018, D-Link announced the AC2600 Wi-Fi Router Powered by McAfee (DIR-2680), which is designed to protect smart home and IoT devices at the network layer.