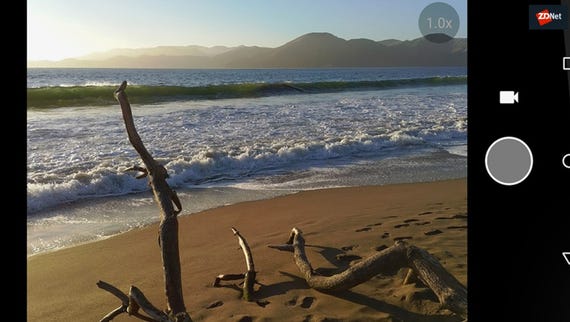 Andy Rubin's new smartphone seems to be closer to availability.

Best Buy has posted the Essential Phone (PH-1) to its site, in unlocked and Sprint only configurations, as first reported by Android Police. A "coming soon" place holder is currently found on the page, with no clear indication of just how soon the phone will be available for purchase.

As a refresher, Rubin announced the Essential phone in May. with a release timeframe in June. As June turned into July and then August, the company has been relatively quiet and has yet to provide any further release information other than a vague message from Rubin a couple of weeks ago that stated customers will have the phone in "your hands in a few weeks."

The Essential Phone features a 5.7-inch edge-to-edge display with very small bezels. There's a small notch at the top of the screen that's a bit distracting but required to make room for the front-facing camera due to limited space from the bezels.

The Essential phone from every angle (Gallery) SEE FULL GALLERY

The Android 7.1.1 device is powered by Qualcomm's Snapdragon 835 processor, 4GB of memory, and has 128GB of storage. A 13-megapixel dual-camera setup is found on the back, next to two magnetic mounts for modular accessories. The first accessory available for the Essential PH-1 is a 360-degree camera. The PH-1's housing is made of titanium and ceramic, which the company claims are stronger and will hold up better than competing smartphones.

Back to the new Best Buy listing: The unlocked version listed on the site is priced at $699, the same price Rubin had previously announced. The Sprint listing no longer has a price, but according to Android Police, it was originally listed at $749. The price increase could have been a mistake on Best Buy's part. However, it's worth mentioning the less expensive, unlocked version will work on Sprint.

Join Discussion for: Essential Phone listing shows up on Best...