The majority of British technology firms support the UK remaining within the European Union, because they see it as the best option for their business prospects.

That's according to a survey by technology industry trade body techUK, which surveyed members on the June 23rd European Union referendum for a 'Brexit'.

The poll of business leaders in the British technology sector found that 70 percent support remaining in the EU, while just 15 percent believe leaving the EU is the best course of action. A further 15 percent of respondents didn't know if remaining or leaving is currently their preferred option.

Of those who want the UK to remain part of the European Union, three quarters believe that EU membership makes the UK more attractive to international investment, while the same percentage said that membership gives company a better deal on trading relationships. 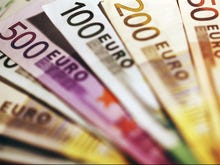 ​So how do Europe's tech startups rate? This tool aims to show you

By unveiling a new way to track startup activity across Europe, the EU hopes to turn the spotlight on commercial openings and the recent surge of investment.

A total of 70 percent of those who wish to stay in the EU said they believe EU membership makes the UK more globally competitive and 42 percent believe EU membership helps creates more jobs. Sixty-five percent said they're against leaving the EU because it'd create risk and uncertainty, while less than one in ten believe the practicalities of leaving are well understood.

"UK tech is thriving, creating jobs almost three times faster than the rest of the economy. The vast majority of our members say that being in the EU supports that growth. Open markets and cooperation are good for business. This is not about fear, it is about opportunity -- a market of 500 million consumers," says techUK CEO Julian David.

For those who think leaving the EU is the better option, 91 percent say that a Brexit would allow the UK to have more flexibility in a global economy, while 64 percent believe breaking ties with the EU would allow firms to be more globally competitive. Those against remaining in the EU also claimed that regulation from Brussels causes 'burdens' and that the UK doesn't have influence over European policy.

The survey found that no matter what the result of the referendum, the majority of members believe that their businesses would still have to comply with EU regulations, even if Britain votes in favour of leaving. That, says David, means it makes no sense for the UK not to be part of EU policy-setting process.

"Most of these companies, large and small, have customers or suppliers across the EU. They are saying they will still have to comply with EU rules, whatever the UK decides on 23rd June," he says.

"A British exit would mean the UK giving up control over how those rules are set. That could put UK businesses at a real disadvantage," David adds.

A confidential survey of techUK members was conducted by ICM on behalf of techUK between February and March this year, with 277 companies responding to the survey. The sample is described as representative of techUK's membership as a whole.