The FBI is reopening the investigation into Hillary Clinton's use of a private email server while she was secretary of state.

FBI director James Comey said in a letter to members of Congress on Friday that the agency was reviewing new emails. 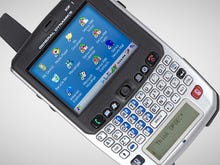 "In connection with an unrelated case, the FBI has learned of the existence of emails that appear to be pertinent to the investigation," Comey said.

"I agreed that the FBI should take appropriate investigative steps designed to allow investigators to review these emails to determine whether they contain classified information, as well as to assess their importance to our investigation," he added.

Comey added that the agency will not be releasing what it has learned in regards to the case or whether or not it is "significant."

However, The New York Times said that the emails were found on devices used by Huma Abedin, a top Clinton aide, and her husband, Anthony Weiner. The two separated earlier this year after Weiner, a former member of Congress, allegedly sent text messages to a 15-year-old girl.

The news comes just 11 days before Americans go to the polls in the presidential election.

The FBI previously recommended "no charges" against Clinton, the Democratic presidential candidate, earlier this year. Comey concluded that there had been classified content stored on the server and that Clinton had been "extremely careless."

According to NBC News, a Clinton campaign spokesperson had "no idea" about the developments.

An FBI spokesperson confirmed the letter, but would not comment further.