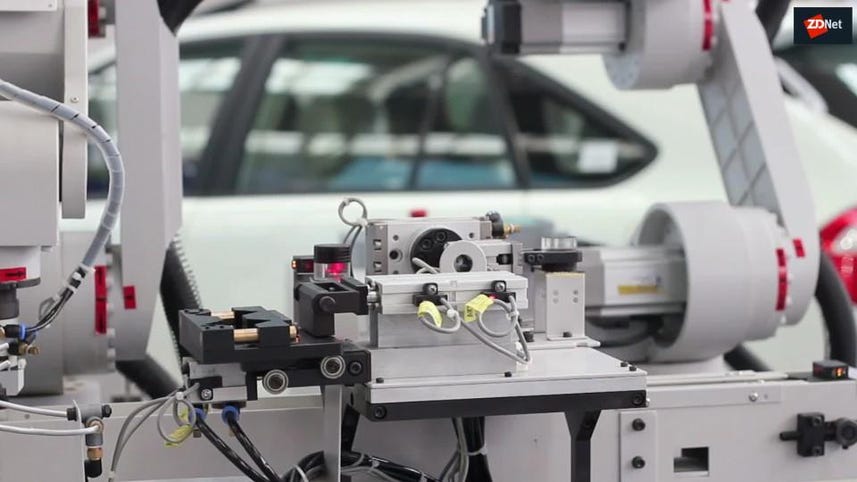 Car-maker Ford has signed a deal with chip maker GlobalFoundries to help solve the auto industry's semiconductor supply shortfalls that are holding up production lines.

The Mustang maker said it signed an agreement with US chip-making contractor GlobalFoundries to help create more semiconductors for Ford's lineup of vehicles and the broader US auto industry.

Earlier this month, Ford reported new vehicle sales dropped 27% in the quarter compared to last year with production being slowed due to missing semiconductor components.

SEE: Hunker down: The chip shortage and higher prices are set to linger for a while

On top of this, chip makers focus on higher value chips for computers and smartphones using new manufacturing processes, whereas the auto industry uses cheaper chips created with older production techniques for components like micro-controlling units and in-vehicle displays.

"It's critical that we create new ways of working with suppliers to give Ford – and America – greater independence in delivering the technologies and features our customers will most value in the future," said Jim Farley, Ford president and CEO, in a statement.

"This agreement is just the beginning, and a key part of our plan to vertically integrate key technologies and capabilities that will differentiate Ford far into the future."

Details of the deal aren't clear. However, Ford says it could include semiconductors for ADAS, battery management systems, and in-vehicle networking for electric vehicles.

The agreement is also not just for Ford, but could include collaboration that would "advance semiconductor manufacturing and technology development within the United States, aiming to boost chip supplies for Ford and the U.S. automotive industry."

European lawmakers are also eyeing opportunities to regain control of semiconductor supply chains, which are dominated by Asia, in particular Taiwan. The EC unveiled its Digital Compass plan in March, which aims to make the EU digitally sovereign by 2030, by raising its share of the world's semiconductor supply from 9% today to 20% – or slightly less than half its share in the 1990s.

The semiconductor shortage has been estimated to have cost the auto industry $210 billion in lost revenue in 2021.

GlobalFoundries listed on the Nasdaq in October at a valuation of $25 billion. Its customers include America's Qualcomm, Taiwan's MediaTek, and the Netherlands' NXP Semiconductors.

"That's where the bigger part of the shortage is, because there's been underinvestment in that," Caulfield said.

However, he said the GlobalFoundries wafer capacity was sold out through to the end of 2023.