Formula 1: How faster access to data is giving this team the edge 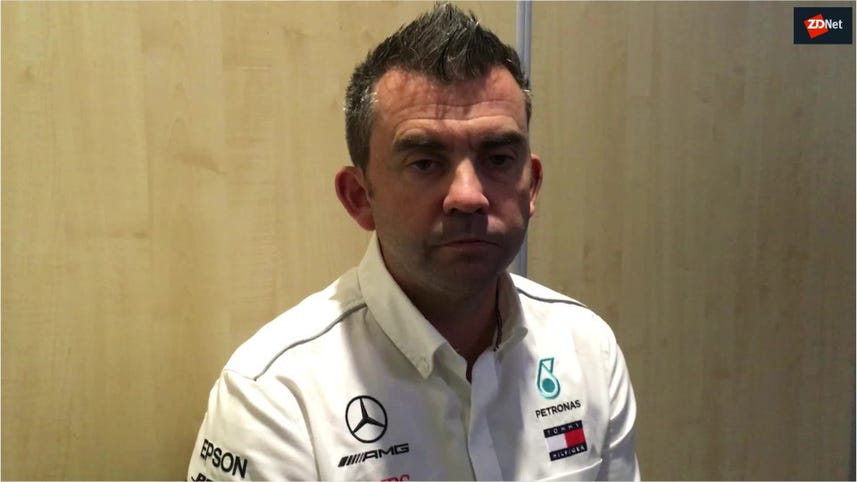 Teams in the fast-paced world of F1 motor racing are currently revealing their new cars to press and testing these models in preparation for the beginning of the 2019 season in March. Matt Harris, head of IT for Mercedes-AMG Petronas Motorsport, is aware of the impact that technology can have on helping his team maintain a competitive advantage, yet he also recognises it is far from the only element.

"Everyone talks about the potential advantage through technology — and those elements can help and we're always learning from our partners and their new software techniques. What's critical is our ability to take a new idea and work out how it benefits us as a team," says Harris, who spoke with ZDNet at the recent Big Data LDN event at Olympia, London.

The F1 racing team, home to world champion Lewis Hamilton, will enter the new season flush with success, having celebrated its fifth successive constructors' title through 2018. There is no time for the team to rest on its laurels, however – and Harris' IT team continues to search for ways to generate performance improvements through tried and tested technologies.

"A new idea can emerge from nowhere and I then need to react very quickly. We must keep up with new techniques, but we must also be careful not to add complexity."

Harris says there has been a "huge change" in IT at the team during the past two years. He's spent a lot of time ensuring that people's personal objectives roll up into departmental objectives and the wider business strategy. As part of that approach, Harris is using key vendors to support automation and help free-up valuable resources.

One of these is Pure Storage. Pure has helped Mercedes F1 remove storage bottlenecks associated to older spinning-disk hardware. Since buying its first FlashArray from Pure in 2015, the team has added several more. Mercedes F1 has now moved virtually all its production applications and data onto Pure arrays.

One of the biggest benefits of this tie-up is that the technology helps Harris reduce the amount of effort dedicated to maintaining systems. "We work closely with Pure and I no longer have to employ a storage administrator because our technology works, it's fast and it's reliable," he says. "The simplicity is key."

Each car produces half a terabyte of data during the average race weekend, with a further five to 10 TB of data produced per week at the team's headquarters in Brackley, UK. With the margin of victory being measured in thousandths of a second, Harris says rapid processing and analysis of data is key to victory.

"The information is great but it also provides more things for people to look for," he says. "More data doesn't mean you get access to more people, so we need systems and techniques that allow us to filter out the normal."

That's where Pure's flash-based arrays provide a boon. Harris says one of his staff members previously had to spend three or four day a week looking after the team's spinning-disk storage. Estimates suggest the move to Pure has helped lower the time required to manage storage by more than 90 percent.

"Our people can add software and simulation tools to automate some of the work they do as well," he says. "So, we've removing a load of boring IT administration, so that our people can focus on new techniques in an emerging area, rather than having to spend time worrying over storage bottlenecks."

Harris says it was previously difficult for people across the business to access data simultaneously using the old spinning-disk storage system. With flash, response times for key database queries have been slashed by as much as 95 percent.

"We don't have to worry," he says. "There's no fears about how quickly people can access data. Everyone has the same access. Now, people can get to the data as fast as they want to."

Harris says a couple of his team members used to spend at least three days a week managing tapes in a tape library and ensuring information backup. "Now, we don't have to worry about that — it's all done automatically." That time can be spent focusing on performance improvements instead, he says.

When it comes to monitoring performance through business analytics, the team uses Tibco's big data tools, which run on top of the Pure storage foundations. The team uses the Tibco Insight Platform for advanced analytics. The platform provides visual, predictive, and real-time data streaming relating to car performance.

Harris says Tibco system gives the team the ability to look at data differently. Once again, automation is helping the team use its human resources more productively. "We used to have people that spent time creating software to visualise results. Now, we have the same people just looking at the data – they're not having to create the tools," he says.

"That means they can do their jobs faster, better and more accurately. They can use these tools to filter out the normal and find anomalies that matter, which is a tough job. But the more of that type of work you do, the more interested our people are in their role because they're analysing rather than developing and administrating."

Harris gives an example of some of this pioneering development work. His team has used Tibco's analytics technology to generate models and show how possible or easy it is for a car to overtake on the race track. The effects of this data-led model are potentially race-changing.

"Our team have taken all the data from previous seasons and worked out when and where drivers can overtake," he says. "We can then add that information to our simulation for a race track like Monte Carlo and work out how we can take a pit stop and the likelihood we'll be able to overtake another diver as a result of our strategy. The potential performance increase is huge — and it's always improving, too." 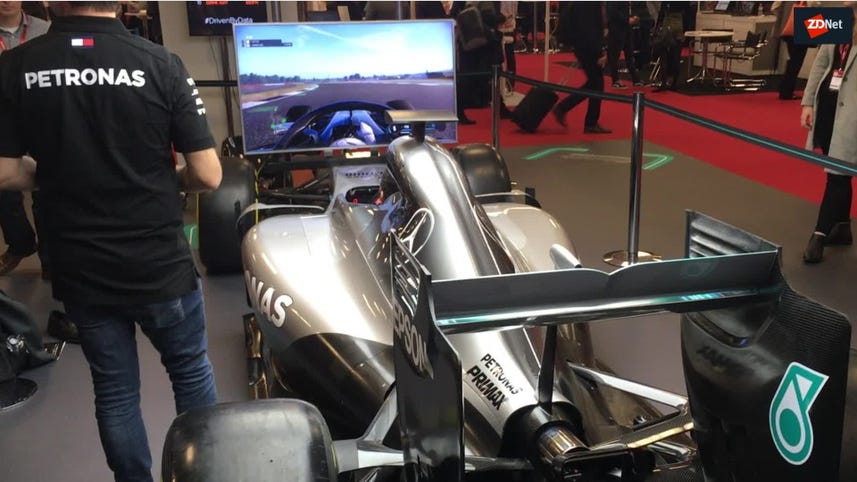 How big data is helping to power Mercedes to F1 glory
Flash storage and advanced analytics allows Mercedes-AMG Petronas Motorsport to hone performance in simulations and out on the track.

Cloud computing: Five key business trends to look out for
Vendor lock-in worries to creating a single version of cloud data: here are some trends to watch for.

How to fill the IT skills gap
With the best staff tough to find, here's a few ways to raise your game when it comes to IT recruitment.

Live out your F1 fantasies with Pirelli's Hot Laps experience (CNET)
You get a flying lap around a Formula One circuit in one of the world's coolest supercars with an awe-inspiring driver -- but it ain't cheap.