From meme to paperback: Barack Obama is your new bicycle

Honan built the website as a gift for his wife Harper. She has always been obsessed with bicycles, and she would always get excited when it was time to buy a new one. When Obama started campaigning and gaining support with his audience, she became addicted. Honan said "Barack Obama is like her new bicycle". He registered the domain name barackobamaisyournewbicycle.com, went to bed, and then woke up to find that the site had recieved almost 1 million hits the next day.

I know, the idea is silly, but it stuck. It became so popular that he got a book deal. The website only has about 60 phrases, but the book has over 350. 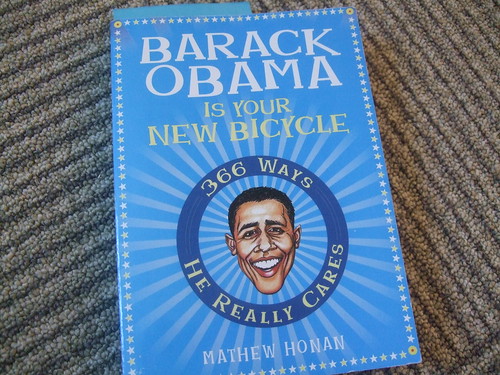 The sayings in the book are more detailed and they have a geekier context: 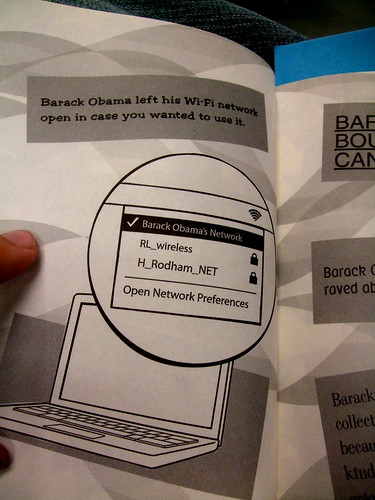 Honan had a book-signing party last month, and his drink tickets doubled as bookmarks: 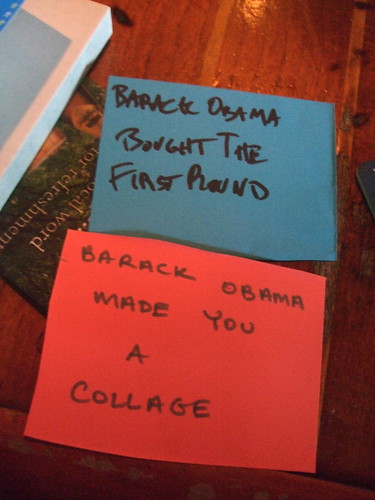 This just proves that something silly on the Internet can make you a lot of money. There is even a Sarah Palin version of this site, by the way.