Accent Systems has been flirting with connected devices for 10 years, long before the Internet of Things concept entered the wider public consciousness.

It all began in startup mode in an attic, when Jordi Casamada, now CEO of the company, and a friend developed an electronic remote control for slot-car racing brand Scalextric, which celebrates its 60th anniversary in 2017, and began selling it.

After setting up the company, they started specializing in connected devices. Today, Accent Systems, located in Castellar del Vallès, some 25 miles or 40km from Barcelona, employs 25 people in a large open office and notches up a turnover of more than €2bn ($2.13bn).

At the recent Mobile World Congress, along with its other flagship projects, Accent Systems showcased Track&Go beacon technology developed for Samsonite, which enables travellers to locate and recover lost luggage. It could prove a useful solution given that in 2015, 23.1 million pieces of luggage were lost, six percent of which vanished completely.

The Catalan firm, which also has a branch in New York, acted as hardware partner for Samsonite. Vodafone also took part of the project to trial its narrowband IoT (NB-IoT), a low-power, wide-area tech standard agreed in June 2016 and to be deployed this year.

Mobile agency In the Pocket helped develop an app that provides specific notifications to travellers when their bags get out of range.

The first version of the solution is operated with a Bluetooth low-energy beacon installed inside the suitcase, because the technology suits airport buildings which are indoor places containing many people, Accent Systems CEO Casamada tells ZDNet.

Google's open-security Ephemeral Identifier protocol, or Eddystone-EID, prevents users from being identified by malicious third parties, even when sharing their luggage information with others.

Now, the second version of the Track&Go product has evolved to get the most out of geolocation and NB-IoT. It's still built into the suitcase but offers a number of advantages over the initial offering, says Casamada.

It uses less power, so it can accommodate smaller batteries with longer life, which could be important for long flights, and the subscription of about €2 ($2.16) a year to the operator is much cheaper than 4G, for example.

Samsonite's Track&Go Concept Case is not ready for large-scale production, but the company is committed to developing it further. Meanwhile, Accent Systems aims to introduce new NB-IoT products, with projects related to wearables, healthcare, and access control. 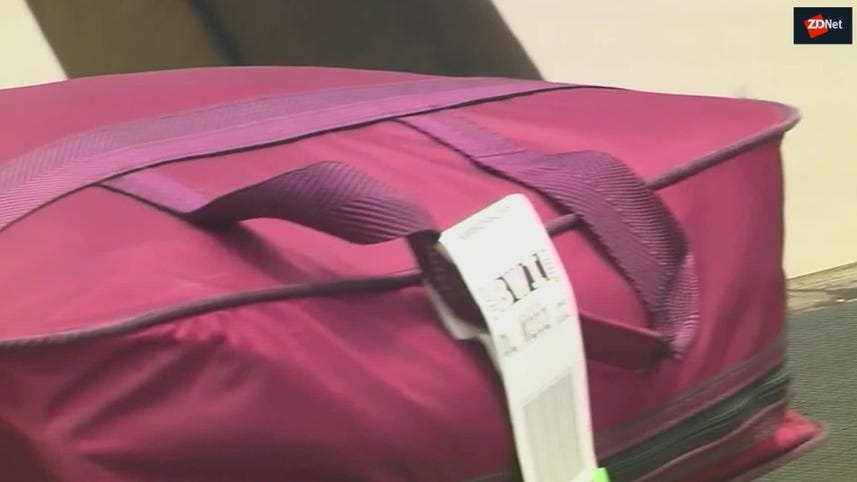 Read more about the Internet of things