Google appears to be heading for a settlement with Europe's antitrust authorities, after competition commissioner Joaquin Almunia said talks were progressing. 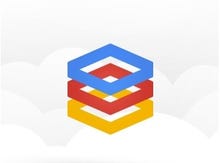 Almunia said in a statement on Tuesday that, following talks with Google chairman Eric Schmidt, the European Commission would "continue with the process towards reaching an agreement".

"Since our preliminary talks with Google started in July , we have substantially reduced our differences regarding possible ways to address each of the four competition concerns expressed by the Commission," Almunia said.

He added that he expected Google to "come forward with a detailed commitment text" in January.

The Commission's case against Google started with complaints made by Microsoft and other companies back in 2010.

If Google does deliver its commitment text as planned, the Commission will then formally set out its concerns so that Google can "present formal commitments which would then be market-tested, leading to a possible decision with binding commitments", Almunia said.

Meanwhile, rumours suggest that a similar investigation into Google by the US Federal Trade Commission (FTC) remains unresolved, with a final decision delayed into next year rather than being published this week.

Join Discussion for: Google and EU getting closer to agreement,...