Google plans to use chips from its computer-vision Project Tango partner Movidius to power its neural-computation engine on Android mobile devices, all without draining the battery.

Under a new agreement, the pair will push for more machine-intelligence processing on mobile devices, allowing smartphones to contextualise images and audio without handing off the heavy lifting to a remote datacenter.

Google has already shown off how it can cram a neural network into a smartphone with its Google Translate app, which relies solely on the smartphone's processor to translate text in images viewed through a smartphone's camera lens. 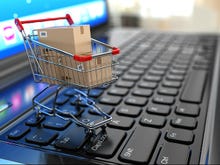 Artificial intelligence in your shopping basket: Machine learning for online retailers AI techniques are becoming part of every day computing: here's how they're being used to help online retailers keep up with the competition.

According to Movidius, Google will be using the most powerful chip from its Myriad 2 family of VPUs to perform task such as recognising people, things, text, and audio on "ultra-compact" form factors.

"A traditional microprocessor operates on information that's really in a series. Myriad instead is designed for operating in parallel on torrents of information that are all coming through at once," Blaise Agϋera y Arcas, head of Google's machine intelligence group in Seattle, explained.

"I feel that by working with Movidius, we're able to expand this technology beyond the datacenter and out into the real world, giving people the benefits of machine intelligence on their personal devices," he added.

The companies haven't revealed much about their collaboration beyond Google's plan to use its latest VPUs in mobile devices. However, a major consideration, and one already being addressed through Project Tango, is the chip's impact on already strained battery resources.

Movidia CEO Remi El-Ouazzane claims it has the answer to this problem.

He has previously told CNET that its chips will conserve battery power "in the context of where we're used", such as processing information from images captured by a smartphone's camera.

"The challenge in embedding this technology into consumer devices boils down to the need for extreme power efficiency, and this is where a deep synthesis between the underlying hardware architecture and the neural compute comes in," he said in a statement.